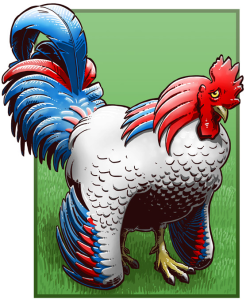 Apparently, 2017 is the first year since 1924 that General Elections have taken place in all three of Europe’s economic powerhouses – that is France, Germany and…yes…us. Back then, Édouard Herriot and his left-wing Cartel des Gauches alliance claimed victory in the French Legislative Election, Otto Wels led Germany’s Social Democratic Party to victory in the German Federal Election, and over here it was Stanley Baldwin’s Conservatives who triumphed over Ramsay MacDonald’s minority Labour Government. The instability of Europe in the aftermath of the Great War was perhaps emphasised by the fact it was the second time German voters had been summoned to the polling booth that year, whilst in the UK, it was just ten months on from the last General Election; by contrast, it had been five years for French voters. However, these historical facts somewhat obscure the tumultuous changes our nearest continental neighbours underwent from 1789 to 1958.

From the execution of Louis XVI in 1793, France experienced more than a century of chopping (literally) and changing at the top. After King Louis met his maker via Madame Guillotine, there followed a short-lived series of substitutions for the monarchy – the National Constituent Assembly, the Legislative Assembly, the National Convention, and then the notorious Committee of Public Safety led by Robespierre, which was responsible for the infamous Terror; this was followed by the final Revolutionary Government, the Directory, which ended with Bonaparte’s seizure of power in a 1799 coup that resulted in the nation’s most successful general becoming First Consul.

Napoleon had crowned himself Emperor within five years of the coup and held onto power for another decade; Bonaparte’s abdication in 1814 led to a brief restoration of the Bourbon Monarchy via the corpulent Louis XVIII, brother of the executed XVI, who was temporarily usurped after Napoleon’s flight from exile in Elba. With Waterloo bringing to end the Napoleonic Wars in 1815, Louis XVIII was back on the throne. He was succeeded by another Bourbon brother, Charles X, in 1824, though Charles was deposed during the July Revolution of 1830 and replaced by his cousin Louis Philippe. Louis himself was forced into exile during the 1848 Revolution, ironically following his predecessor to a safe haven across the Channel.

The Second Republic was proclaimed in the aftermath of 1848, with Bonaparte’s nephew first being elected President and then, when denied a second term, staging a coup that ended with him being crowned Emperor of the French (using the title Napoleon III). He reigned as Emperor for an impressive eighteen years, though his ambitions backfired during the disastrous Franco-Prussian War of 1870/71, an event which marked a significant change in Central Europe’s balance of power. Prussia’s victory was a key factor in the unification of Germany five years later, whereas for France it marked the end of the country’s role as Europe’s dominant nation. From a Prussian perspective, it also served as revenge for the first Bonaparte’s brutal dismemberment of the German states over half-a-century before.

The Third Republic was proclaimed as Napoleon III followed a familiar path of English exile (where he died in 1873, buried in Hampshire). Paris was ruled by the radical Paris Commune – a collective Karl Marx referred to as ‘the dictatorship of the proletariat’ – after the country’s defeat and was under siege from the regular French Army for two months until normality reasserted itself and came to term with France’s humiliation at Germany’s hands. This incarnation of France survived until the invasion of Nazi Germany in 1940 and the formation of the puppet Vichy Government.

The Fourth Republic was formed after the Second World War, but collapsed during the Algerian War of Independence in 1958; from its ashes rose the Fifth Republic, which is still the political system France is governed by today. Its architect was the leader of the Free French Forces whilst in exile during WWII, Charles de Gaulle, who was elected President and held onto power until being rejected in a referendum in 1969; he died a year later. Since his successor, Georges Pompidou, France has experienced a relatively stable transference of power via the ballot box, yet arrives at yet another crossroads today with serving President François Hollande not seeking re-election.

Unlike both Germany and the UK (not to mention Spain and Italy), after the Algerian crisis of the late 50s and early 60s, France largely avoided terrorist assaults on its home soil from the 1970s onwards. The sudden bloody incursion of Radical Islam into French life over the last couple of years has come as something of a shock to the country, which had long regarded itself as a secular multicultural melting pot, despite the grassroots rise of the far-right under the National Front leadership of Jean-Marie Le Pen at the turn of the twenty-first century.

The shooting dead of a policeman in Paris by an alleged Islamist terrorist on the eve of the first round of this year’s Presidential Elections could have an understandable bearing on events this weekend, especially where the National Front are concerned. Marine Le Pen has given it a facelift since she engineered the expulsion of her father from the party, but she remains the underdog while Emmanuel Macron, himself something of an outsider from the mainstream, is the bookies’ favourite. As someone who welcomed the Brexit result, Le Pen advocates French withdrawal from the EU; considering France was a prime-mover in the foundation of the EEC, this attitude reflects French fears over the increasing stature of Germany in Central Europe. Old enmities with France’s domineering neighbour have resurfaced in recent years, something that hasn’t necessarily benefitted France in the past.

If this whistle-stop tour through post-Revolutionary France amounts to anything, it’s a demonstration that the kind of uncertainty being portrayed as unprecedented amongst our Gallic cousins is nothing new if one takes the long view. But who takes the long view these days?