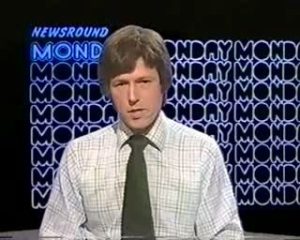 There’s a news report by the late ITN reporter Michael Nicholson from the 1967/70 Biafran War in which an enemy is captured by Nigerian Government forces and then shot dead on camera as a brutal demonstration of the army’s authority. Nicholson himself retrospectively reflected that the whole ugly spectacle was set up to ‘impress’ him and the western media, but it was hardly unique in an era when television news viewed itself as a vehicle for showing the world as it really was, warts and all. Around the same time, there was the even more infamous clip in a similar vein from Vietnam in which a bound prisoner is approached by a military man and is promptly shot point-blank in the temple; the blood gushes from the side of his head as his instantly limp body collapses to the ground, a gruesome fountain that was replayed on TV news around the globe.

Both these notorious examples of reportage from the frontline of ongoing conflicts belong to a less squeamish age that is now almost inconceivable to imagine being beamed into the nation’s living rooms. Were TV news today to exhibit the same kind of content as it did forty, fifty years ago, each bulletin would require an announcement beforehand of the sort that now even accompanies bloody ‘Coronation Street’ on occasion.

As a child, I was often more anxious when the news began that I would be if a horror film was about to be screened. One might presume the 1970s was somehow a more violent place than the 2010s if archive news broadcasts were used as a guide; in some respects, it was, though on a street level, if you like. The wider world was no more and no less violent than it is in 2017, but the violence wasn’t as remote – it was there in the playground and the classroom and it was there on the telly.

There was probably a greater awareness of violence then thanks to the less censorious approach of our broadcasters. If one thinks of the world’s trouble-spots forty-five years ago – Rhodesia, Vietnam, Uganda, Northern Ireland – the violence there was graphically portrayed on television because the viewpoint appeared to be that to not show it would simply reduce TV news to radio news. This could have been a natural progression from what radio had done during the Second World War, when listeners were dependent upon their imaginations to visualise the horrors of Belsen as so memorably described by Richard Dimbleby when the camp was liberated by Allied forces. TV news enabled the sights to be seen, however horrible. It was deemed a necessary evil if the public were to understand the unpleasant realities of war and its aftermath.

There appeared to be a conscious sea-change in television at some point in the 1990s – disturbing footage from the Gulf War that depicted the charred corpses of soldiers only appeared after the war was won, for example. The official demarcation line of the 9.00 watershed was extended when it came to conflict so that even post-watershed news bulletins avoided anything that might give their viewers nightmares. As late as 1982, the piles of bodies in the horrific massacres at the Sabra and Shatila camps in Lebanon were shown on the TV news; the thinking seemed to be that these needed to be seen if the true appalling nature of the crime could be digested. Within a decade, it was difficult to envisage this kind of candid broadcasting.

The ‘don’t have nightmares’ catchphrase made famous by Nick Ross on ‘Crimewatch’ was taken up as an approach to television news from the 90s onwards, with the no-holds-barred presentation that had previously distinguished TV from radio abandoned in favour of an airbrushed picture of man’s inhumanity to man that meant nobody had to be exposed to it if they switched the news on. Of course, wall-to-wall massacres and murders are not something many would look forward to seeing, but by visually censoring the actual events being reported on, viewers are given a lopsided impression of such incidents that is akin to an adult placing their hands over a child’s eyes if a pair of tits appear in a movie the family is watching together. If something horrible has happened, the viewer should have the sense to know that tuning in to the news means they’re going to see it.

It’s possible the advent of the internet – where the curious can more or less see whatever they want to see – has influenced a greater degree of censorship on television. No severed heads sliced off by ISIS or the bodies of those ploughed down by the recent terrorist take on road-rage have been screened on TV news, but they can easily be located online; I’ve inadvertently stumbled upon the former myself. I didn’t necessarily want to see them, but seeing them did bring home the horror of their reality more than anything broadcast on television. Yet, crucially, the random selection of horrors online has no context in the way it would have on TV news, when the images would be framed within a report that their inclusion would justify. By refusing to countenance screening anything that might provoke nightmares, it feels as if the broadcasters are absolving themselves of any responsibility to the viewers, perhaps fearful of litigation.

Even streakers during prominent sports occasions are now swiftly mixed out of live broadcasts, with the commentator taking it upon himself to act as parent – ‘We’re sure the viewers at home don’t want to see that’ etc. I don’t necessarily want to watch a man’s member flopping about the touch-line of a football pitch, but the decision whether or not to watch should really be mine as an adult. In the 70s and 80s, broadcasters trusted viewers to make that decision and didn’t regard them as permanently offended virgin spinsters.

The ease with which so many take offence today and the aforementioned prospect of litigation could well have led us to this state of affairs re TV news; and for all the talk of news channels operating on a biased agenda that tells us what they want us to hear rather than giving us the whole story, it seems to me that this is most apparent in the censor’s scissors when it comes to anything unpleasant. They could always take a football results approach – ‘If you don’t want to see a severed head, look away now’ – but that won’t happen because John Craven’s pioneering bulletin was effectively the blueprint for the future we’re currently watching on the BBC, ITV and Sky. Don’t have nightmares.

4 thoughts on “LOOK AWAY NOW”