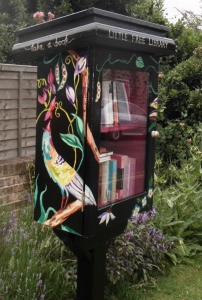 A hidden track on his first solo album and a single that understandably failed to pick up much in the way of airplay, ‘Running the World’ by Jarvis Cocker achieved modest notoriety via its catchy chorus, which repeated the simple phrase ‘C***s are still running the world’. One could argue the lyrical sentiment of the song should qualify it as a far more apt number to be covered by a multi-artist ensemble for victims of the Grenfell Tower disaster than an obvious, irrelevant anthem like ‘Bridge over Troubled Water’. But what else can we expect when a clueless cretin like Simon Cowell, a man for whom music is merely a means to a big car and a big house, is the mastermind behind assembling so many practitioners of the vocally histrionic and emotionally sentimental under one roof?

Yes, it’s been a good year for c***s so far. One I’ve referenced in the odd past post, instigator of divorce proceedings that labelled me as an ‘adulterous unknown’ and somebody who also hired a mate from the Met to trawl through my private records without cause or permission, has proven himself king of the c***s yet again with recent actions, though that’s neither a surprise nor something I can elaborate on, unfortunately. But the Karma Police will get him in the end (woah, going backwards to the previous post for a mo there, sorry). Anyway, the wider world has its fair share of the C U Next Tuesday brigade, whether they subscribe to Radical Islam or the EDL, so why go on about it if we all know, eh?

No, I’m not here to moan or whinge or dwell on the dark side; I thought I’d let a little glimmer of hope slip through the bleakness for one post at least. The image accompanying this post was one I captured on camera earlier today, having passed it yesterday. I don’t know who is responsible, but they deserve a medal for making me feel all is not lost, for their glorious creation served as a reminder that, even if c***s are still running the world, some of those not running it are bloody marvellous.

A wooden cabinet attached to a post fixed into the grass beside the pavement, and inside the cabinet, two shelves of books. Seemingly hand-painted in exquisite florid bird motifs, the cabinet announces itself as a ‘Little Free Library’; the only other words on it are ‘Take a book’ and ‘Leave a book’. Apparently commonplace in some corners of the world – friends in Canada tell me they’ve come across them in their neck of the woods – this innovation is new to me and it made my day. Put simply, what a lovely idea.

A couple of hundred years ago, libraries were the province of the academic and the wealthy, incorporated into universities, civic buildings and country houses that excluded the common man, and not just because more often than not he couldn’t actually read. Then came the Victorians with their evangelical zeal for self-improvement in both body and mind; it may be easy and fashionable to mock them, but boy did they leave a hell of a legacy behind them. The Public Libraries Act 1850 was arguably one of the greatest pieces of legislation to come out of the nineteenth century, enabling local boroughs across Britain to establish free public libraries, opening the book of knowledge to all. Further amendments to the Act within a decade of it becoming law extended the reach of that knowledge so that a public library became one of the fixtures and fittings of every village, town and city in the UK; a settlement would appear as incomplete without one as it would without a church, a pub or a post office.

We take libraries for granted at our peril, and it’s no coincidence an army of volunteers has regularly stepped up to the job of running them without payment when the local library has been threatened with closure; and a hell of a lot have been threatened with closure in the last decade. The attitude of our so-called superiors in government is that public libraries, as with the Arts, don’t really matter unless one attended the right school or university, probably because enriching one’s intellect isn’t necessarily related to making a profit, which of course matters more than anything else. Alan Bennett compared the closure of public libraries as tantamount to child abuse; he was quite viciously criticised and condemned by philistine Ministers entrusted with the job of closing them, and while his description was possibly a tad melodramatic the sentiment behind the statement was understandable. For a child, free access to books is as important a right as free access to education.

I became a member of my first local library aged around seven, a majestic Victorian edifice with a Gothic clock-tower; and throughout my childhood, whenever my mother ventured to the ‘town street’ to shop when I was at school, she’d pop into the library and pick something up for me she reckoned I’d like. When I was in my teens, this library was one I visited alone, selecting books from the shelf that reflected my changing tastes. Ironically, this was actually the very same library that had been Alan Bennett’s local one when he was growing up, one he returned to in a recent biography on BBC2. I haven’t been there myself now for the best part of 25 years or more (it’s no longer my local), but I’m pleased it’s still there and hopefully providing the next generation of readers with their introductions to the magic of the written word and its occasional illustrations.

Even with the revolutionary arrival of Penguin and their sixpence paperbacks in the 1930s, the price of books has always been beyond the reach of many, meaning public libraries remained the main route to reading for great swathes of the population. But, of course, they also existed for pensioners to go somewhere warm and scan the daily papers on cold winter mornings; more recent decades have seen them expand their portfolio to incorporate records, CDs and DVDs as well as housing photocopiers, printers and the internet – all of which can provide an invaluable service for so many that to write them off as expensive luxuries unworthy of investment or maintenance is to raise earthly bread over heavenly bread.

That one unknown individual or group of individuals took it upon themselves to plant their own miniature library alongside the pavement, offering a wonderful alternative to the dog turds, dried sick and broken glass lining that pavement, is such an inspired and touching gesture that it’s almost enough to restore one’s tried and tested faith in humanity. And that can’t be a bad thing, can it?