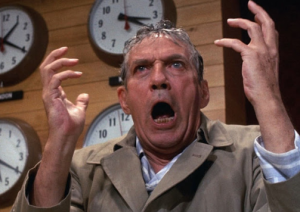 Anger – there’s a lot of it about. In a young man behaving badly, it allegedly constitutes part of his kicking-against-the-pricks obnoxious charisma; over-40, however, and you’re in Victor Meldrew territory. Perhaps by then you’re supposed to have settled down and accepted your miserable lot because you can’t beat the system; any sign of continued exasperation with The Man is merely the mark of a grumpy old git. And as grumpy old gits outnumber the young today, they’re not the most popular members of society; after all, weren’t they supposed to have delivered Brexit (or so the story goes)?

Yet, take a detour into social media, supposedly the chosen forum for The Kids, and you’ll find anger appears to be the prime vehicle for expression, whatever your age or even sex. Whether you’re a snowflake student seeking to no-platform someone you disagree with, a yummy mummy infuriated by your rival at the school gates, a sci-fi nerd incensed by the latest entry in your favourite movie franchise, or an Instagram pouter compelled to ‘fat-shame’ the It Girl of the moment, anger is in abundance. And even if you refrained from commenting, just ask yourself if any tweet or post made you angry today. It must have been a rare day indeed if none did. So much of what we encounter online appeals to the emotions rather than the intellect, a fast-track to a gut reaction which is perhaps a defining characteristic of our response to today’s numerous issues.

Step back out of cyberspace, though, and anger is just as prevalent. Ethnic adolescents being stopped and searched by the police; redundant white males navigating the benefits trap; distraught parents confronted by the PC intransigence of social services; touchline fathers convinced that goal was offside; whining Remoaners/foaming-at-the-mouth Brexiteers; motorists, pedestrians, supermarket shoppers – it’s as though modern society, which is supposed to be such an improvement on the days when we were primitive savages living in huts and dying from the Plague (i.e. the 1970s), has oddly exacerbated anger rather than sedated it, spawning a strain of tourette’s that afflicts the collective population of the western world. The great panaceas that corporations have developed to make life easier than it apparently used to be has instead created endless sources of frustration; our seeming inability to resolve them can make veritable mountains out of trivial molehills.

Whenever the issue of widespread drug abuse surfaces as a topic, the ‘why do people do it’ question always seems to me a no-brainer; if our wonderful system provided the same kind of blissful release that comes from a spliff or a syringe, there’d be no need to turn to an illegal alternative. Yes, millions switch on the bloody ‘X-Factor’ for an escape into voluntary mental paralysis; but for just as many that toxic breed of contrived gladiatorial entertainment is as much a part of the problem as the fastidious speed camera or the pensioner plodding in the middle of the pavement or the letter from British Gas claiming you owe them money when you don’t or the computer crashing without warning. Sometimes, these little annoyances group together and conspire to do their stuff simultaneously; when this happens, it can seem like the whole world is against us. And we get angry.

One only has to scroll down three or four comments on yer average YouTube video for discourse to descend into racist name-calling. A typical example would be some archive and utterly innocuous footage of a London street from half-a-century ago; most marvel at the minimal amount of traffic or the fascinating fashions, then somebody comments on the absence of ‘coloured’ faces and all hell breaks loose. Anger again. Same goes for the response to spoof Twitter accounts such as the brilliantly satirical Titania McGrath, following on from similar spoof accounts of posh SJWs that were taken seriously – and literally – by those bereft of a sense of humour and ended up being deleted by the powers-that-be as a consequence. People are becoming so accustomed to taking things at face value that shades of grey don’t compute. I guess the easy default button today is simply to get angry, even when it’s blatantly obvious someone’s just taking the piss.

Granted, there are undoubtedly moments concerning more important issues where anger is understandable. Anyone who has the stomach for merely a cursory glance at the PM’s draft Brexit withdrawal ‘deal’, which leaves this country more subservient to the EU than it was under actual membership, cannot help but feel angry. Regardless of which side of the great divide one resides on, it’s hard not to come away from such a pitiful (not to say cynical) white flag feeling as though calls for a second referendum are meaningless when we’re essentially remaining anyway. It certainly gives every appearance of being a betrayal of a democratic mandate on an unprecedented scale (and final confirmation that our voice counts for sod all in the corridors of power), but what can any of us do about it? Sweet FA, mate. How many marched to stop the invasion of Iraq way back when? It doesn’t matter because it didn’t make the slightest bit of difference. So, what’s left for us but anger? Unfortunately, anger is bloody exhausting.

The recent upsurge of interest in old-school hobbies like knitting or sewing – ones still negatively associated by more than one generation with blue-rinsed nanas – suggests the novelty of an archaic pastime and its defiantly non-twenty-first century ability to reduce blood pressure has a Zen-like appeal for some. And, while such a sedate interlude might be a little too twee for everyone, the allure of something so alien to the instant nature of contemporary click-bait culture is unarguable. If hi-tech creature-comforts can often increase our tendency towards anger, perhaps it’s no surprise their simpler predecessors are attractive as a means of calming us down.

This has happened before, though; think of the 60s Rock Gods who, having purchased the recognisable symbols of success that the consumerist conveyor belt had prepared earlier, suddenly realised mansions and Rolls Royce’s didn’t actually make their lives that much more fulfilled. They then rejected these flashy trappings and began dressing like hirsute hobos as they got back to the garden. Yes, they had the luxury of being able to afford an approximation of rustic simplicity, but this abrupt embrace of nature then bled into the wider movement for self-sufficiency that has proved enduring as a rat-race opt-out, despite Margot and Jerry’s objections.

Of course, reclining in the arms of a beautiful woman (or non-binary individual of your choice) could suffice as a preferable approach to anger management. The causes of anger can be rendered irrelevant when mankind’s oldest notion of escapism intervenes, and whilst there may still be plenty to be angry about beyond the bedroom, none of it seems that significant in the heat of passion. So, is that really the reason for the abundance of anger in 2018 – not enough people are getting laid? Well, I guess that depends on how much you value the purely physical over potentially spiritual. Add love to the sex mix and you’re elevated to a much higher level, one that outlasts the momentary gratification of base lust. Base lust is a much more accurate metaphor for the present day, however. We want the world and we want it now, as someone once said a long time ago. Maybe that’s the problem. 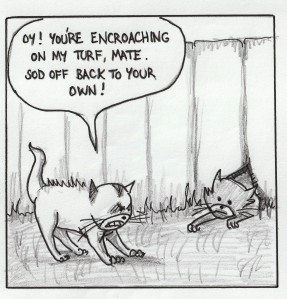 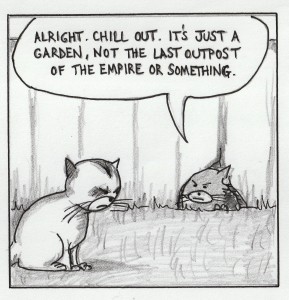 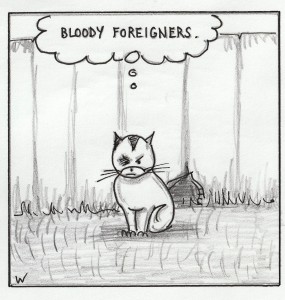 4 thoughts on “MAD AS HELL”