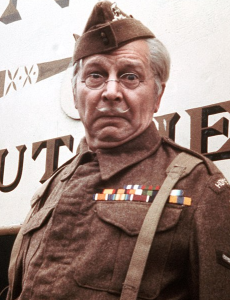 There have been a lot of Twitter knickers in a twist over the past 48 hours; then again, it’s hard to think of a time when there aren’t. The globe’s favourite social media platform for the outraged and offended has rarely observed such a thing as a Sabbath, and the polarising political climate in Britain since June 2016 has seen Twitter established as the battleground that never sleeps. Every development instigated by one side of the Brexit divide is fought at its most furious by the other not in the Commons, but in cyberspace; and after Tuesday’s coming together of Remainer MPs – despite the amusingly delusional Jo Swinson’s refusal to accept the candidacy of the Leader of the Opposition in the event of one unelected PM usurping another – the bursting of their bubble by Boris 24 hours later sent melodramatic hysteria into unmissable overdrive.

First of all, there was Brexiteer outrage at Remainer attempts to sabotage democracy as an effective Second Referendum/Revoke Article 50/Scrap Brexit coalition belatedly emerged; then there was Remainer outrage at Brexiteer attempts to sabotage democracy by proroguing Parliament and denying debate on the issue until there’s not enough time left to stop the No Deal Apocalypse. Both opposing parties are claiming ‘The People’ as their own, even though the people in question are merely those on their respective sides of the barricades; those who voted the wrong way can go whistle or at least submit to a course of re-education to understand why they’re in the wrong and the other side is in the right. Over three years on, and Cameron’s toxic legacy is more divisive than ever; indeed, it’s hard to see any potential resolution between the warring factions at all. A shame Ian Paisley and Martin McGuinness are no longer around to bring everyone together.

However, thank God so many of the entitled egomaniacs fuelling the divisions remain oblivious to how stupid (and inadvertently entertaining) they are. Paul Mason played a manic street preacher preaching to the converted in a video aired on ‘Newsnight’ before appearing in the studio, predicting Poll Tax Riots-style civil unrest as the inevitable outcome if his side don’t get their way; and this after his side have constantly decried the other side for intimidating Remainer MPs outside Parliament, as though the other side’s notion of expressing their democratic right to protest somehow lacks the ‘purity’ of his side’s right to do likewise. To emphasise his working-class credentials, Mason invoked the fighting spirit of his hometown Leigh, conveniently overlooking the fact that the Metropolitan Borough of Wigan (to which Leigh belongs) voted 63.9 % Leave in 2016; but maybe Leigh has suffered the same post-industrial dismissal by the political class – the one that Mason’s attitude upholds – as neighbouring Bury; no wonder such places remain defined by what little they have left, like their football clubs…

John McDonnell, a man whose approach to taking on his opponents is juvenile at best, was also on hand with the microphone at the impromptu alfresco shindig in the wake of yesterday’s Downing Street announcement, as was Diane ‘abacus’ Abbott and Keir ‘Plastic Man’ Starmer. Nobody present could be left in any doubt that those who have facilitated the longest unbroken Parliamentary session since the Civil War are outraged. Such outrage was noticeably absent from the Remoaner camp when an electronically-tagged convicted criminal who just happened to be a Labour MP played her part in disrupting democracy by casting the decisive vote a few months ago, of course, and what of Mr Speaker himself? Little John has hardly been a bastion of impartiality, has he? But it’s okay ‘cause he’s one of us. The hypocrisy is hilarious.

I should imagine the PM probably had the proroguing plan ready and waiting for the right moment and he certainly seems to have timed it to perfection, ensuring Brenda’s seal of approval just one day after the parade of smug, holier-than-thou signatories to Jezza’s proposal queued-up on camera to sing from a shared hymn sheet at last, united in their righteous conviction. When the other side try to enact the will of the majority, that other side divides; when they try to enact the will of the minority, they unify; when the other side tries to prevent those responsible for blocking a democratic decision for three years from continuing to do so, it’s a coup; when they attempt to put together a fantasy ‘Caretaker Government’ of hand-picked losers for the purpose of reversing that democratic decision, they’re saving the nation.

It’s handy that we’re on the eve of the 80th anniversary of Mr Chamberlain’s declaration of war, for the tireless and tedious evocation of ‘fighting them on the beaches’ by Brexiteers not even old enough to have been Mods or Rockers in the 60s is a baton that has now been grabbed by the other side. After rightly ridiculing the irrelevant summoning of the Dunkirk Spirit by their opponents, some prominent Remoaners have once again decided when they do the same thing it’s not the same at all. ‘You will not destroy the freedoms my grandfather fought two world wars to defend’ tweeted Hugh Grant – not from beaches littered with bodies; ‘Weep for Britain. A sick, cynical and brutal and horribly dangerous coup d’état’ added Stephen Fry – not from a dead and long-abandoned Lancashire mill-town.

Perish the thought that politicians might be motivated by cynical self-interest, of course; the possibility Boris Johnson could be seeking to hold onto his job via his recent actions is as appalling as the possibility Jeremy Corbyn could be seeking to steal it via his recent actions. No, as ever, the moral high-ground is always with whichever guys you have decided are the good ones.

A three-week suspension of Parliament by the PM is standard procedure in the early autumn, allowing the party conference season to progress free from its star performers being recalled to Westminster for an emergency vote; adding a couple of weeks to the usual break is not really surprising considering the circumstances. Neither is the fact that by doing so, all those who endorse the decision are going back on what they’d said on the subject just a few weeks or tweets ago. They’re being led by Boris Johnson, don’t forget. After imagining they’d pulled a master-stroke in managing to temporarily gather all No Deal opponents under one united umbrella, the Remainer brigade are now confronted by the inevitable fact they have even less time to finally kill a democratic mandate than they thought. No wonder they’re upset. They’re going to take it to the streets, apparently; I wonder if Jon Snow will be on hand to count the number of non-white faces when they do.

2 thoughts on “THE DAY WAR BROKE OUT”