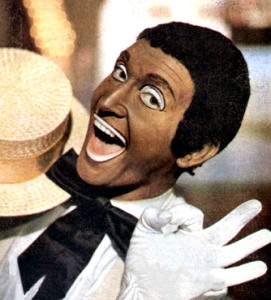 So, Bunter’s post as Jezza’s deputy is looking increasingly perilous courtesy of the Momentum faction, is it? Perhaps Karma should be held responsible – not so much instant as slow-burning. Regardless of the motivation behind this move, Tom Watson has had it coming for a long time, not for his opportunistic, Lib Dem-esque stance on Brexit and his shameless positioning of himself as an eventual leadership challenger; but for the disgraceful part he played in the Carl Beech saga. Indeed, who can forget his grandstanding from the backbenches as he sought to make a name for himself at the expense of innocents who were mere obstacles to his ambition?

Recalling Watson’s hysterical performance in promoting a Westminster paedo network that never was, I can’t help but wonder how many vigilantes he inspired into action by legitimising their obsession. I never cease to be suspicious of those who feel the need to advertise a particular virtue to the point whereby one wonders why they’re making such a song and dance about it. Could it be they have something to hide? After all, many’s the time the hard-drive of a self-appointed ‘paedo-hunter’ turns out to be crammed with enough evidence to expose them as being no better than those they purport to be saving our children from. A psychiatrist would no doubt surmise they were suppressing shame over their own repugnant leanings by projecting them onto another individual and thus somehow subconsciously absolving themselves of their wicked thoughts. Which brings us nicely to the previously-squeaky clean apostle of PC politics, Justin Trudeau.

Before we go any further, I must stress I’m not insinuating Canada’s Prime Minister is a closet paedo; no, I am of course referring to the emergence of photographs and videos revealing that a man tirelessly sold as a liberal alternative to the President across the border at one time had something of a party penchant for ‘blacking-up’. Someone like Trudeau Jr, who has made a career out of spouting cringe-inducing Woke sound-bites – once famously using the term ‘people-kind’ (presumably because to say ‘mankind’ was misogynistic) – suddenly being outed as once having had such an outrageous hobby is probably far worse than being found guilty of possessing indecent images. The images that have forced him into a humiliating confession of past misdemeanours are about as indecent as it gets for someone who has done his best to signal every virtue on the 21st century checklist.

With just a month till Canadians go to the polls, Trudeau is struggling to justify the revelations that initially emerged when Time magazine excavated a photograph of him blacked-up (complete with turban) when dressed as Aladdin in 2001. Trudeau wasn’t some frat-boy adolescent prankster at the time, either; he was a 29-year-old teacher, presumably old enough to know better. Evidence of three separate instances of Trudeau in full boot-polish cosmetics are now doing the rounds and Trudeau himself admits he can’t recall how many times he played the comedy ‘Sambo’. Surely such a shameful confession is enough to unleash the familiar hounds to bring down this blatant racist, no?

Strangely, however – as has already been mentioned on Twitter – the dependable David Lammy is nowhere to be seen. Labour’s resident Racism-Finder General is usually first out of the blocks when it comes to pointing the accusatory finger, yet the man who sees race-hate in everything has curiously failed to comment on the subject via social media. But he’s not alone in his mysterious reluctance to condemn the Canadian PM. One of the genuine pleasures when a scandal of this nature breaks is observing how the ideological allies of the accused squirm in their seats and make excuses.

Nesrine Malik, Guardian scribe and ‘Diversity’ darling of London’s chattering classes, excused Trudeau’s actions on account of the fact he was blacking-up nearly 20 years ago, when the act was apparently acceptable. So, unlike allegations of historical sex crimes, there’s a statute of limitations on blacking-up? According to Malik, it was ‘a clumsy, childish, slightly juvenile way of blacking-up’ – Trudeau was 29, remember. ‘If he positions his apology well and contextualises it,’ she said, ‘I think he can dig himself out.’ Malik added – ‘The discourse around blacking-up has only become mainstream quite recently.’ So, that would explain the endless repeats of ‘The Black & White Minstrel Show’ we had to endure for decades after the series was axed in 1978, then. I just wonder how different the reaction of Malik and the rest would have been had the world leader exposed as a closet blackface 20-odd years ago been a certain Donald?

Nesrine Malik also said – ‘There’s two ways that people black-up; one is a deliberate racist way.’ I never realised there was a right way and a wrong way to black-up, but doesn’t such a claim go to the heart of Woke culture, a philosophy built on endlessly shifting sands to suit the fair-weather agenda set by its advocates, and one prone to moving the goalposts depending on the accused. Do we still have to suppress a snigger when Peter Sellers or Spike Milligan adopt comedy Indian accents in the wake of the Trudeau revelations or can we laugh again? Please let us know, for it’s beginning to seem that if there are any standards at all, they’re seeing double more than an alcoholic on his thirteenth whisky.

Don’t worry – the Woke Star Chamber will always let us know what they have decided is now racist, sexist and homophobic, anyway, just so we know what we have to feel guilty about today; but it seems good old Mr Trudeau is being let off with a caution, largely due to his sterling contributions to the cause that some ancient error committed at a time when we were all openly bigoted won’t adversely affect. Well, come on, it was 2001, after all – way back in the Dark Ages when we too busy splitting our sides at ‘Love Thy Neighbour’, ‘Mind Your Language’ and ‘It Ain’t Half Hot Mum’ whilst singing along to Al Jolson and spreading Robertson’s Marmalade on our toast to know we were doing wrong. Those were different days, man.

Yes, Justin Trudeau has been publicly revealed as a bit of an arse; but most of us had already worked that out, and we didn’t need an old image of him blacked-up to come to that conclusion. Perhaps if he hadn’t been so tediously relentless in his ongoing attempts to promote himself as the ultimate, self-flagellating apologist for his wealthy white privilege, he could’ve been cut some slack. Perhaps if he hadn’t signalled his virtue with such holier-than-thou gusto, this storm-in-a-teacup would be recognised as such. But the fact the guilty party is someone who has worn his PC credentials as a T-shirt ever since he ascended to office makes it a big deal. And hilarious.

4 thoughts on “HOUSE OF GLASS”