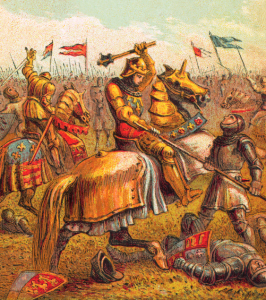 I’ve no doubt loyal Labour members currently sheltering from sea breezes in Brighton are convinced we’re in the middle of a class war at the moment; if true, it means loyal Labour members are back in their comfort zone; to be engaged in a perpetual struggle on behalf of the virtuous peasantry against the wicked Tory robber-baron is crucial to the movement. I should imagine the pro-Corbyn narrative goes that the salt-of-the-earth working man and woman are being oppressed by a privileged public school elite, what with Oceania always being at war with Eurasia and so on; we won’t mention the schools some of those on the Labour frontbench attended – or the educational establishments some of them dispatched their children to, of course; the haves only come in one colour, and that colour is blue.

Actually, it’s indisputable that there is a class war underway right now, but it’s not the familiar model with opposing corners colour-coded in blue and red; it’s a class war between members of the same class, regardless of party allegiances – a War of the Roses for the political class. What’s being played out across the media for our plebbish delectation today is effectively a family feud, and we shouldn’t allow whatever stance we take on the cause of this split to blind us to that fact. In the light of today’s Supreme Court judgement, we’re being bombarded by the smug, sickening countenances of arrogant, entitled, wealthy, privately-educated metropolitans exuding euphoria as they sock other arrogant, entitled, wealthy, privately-educated metropolitans on the jaw. The rest of us are just dispensable infantry, the first in the line of fire as the generals issue orders from the officer enclaves of Kensington and Islington.

Yet both sides are pedalling the same shtick in claiming which rich bitches are our rich bitches, laughably trying to align us with whichever side chimes with whichever side of the Leave/Remain divide we reside on. Let’s not delude ourselves into pretending otherwise: neither Gina Miller nor Bo-Jo view us as anything other than provincial pond-life, too retarded and ill-educated to act independently of them; they are the cosseted colonials sipping vintage wine on the veranda and we are the contemptible coolies at their feet, the subservient natives tugging our forelocks. Anyone not belonging to that club who cheers-on Lady Nugee whilst simultaneously hurling abuse at Rees-Mogg is complicit in their own oppression, a willing junior partner in social coercion; the only discernible difference between the two is the Brexit factor.

Despite Jezza’s momentary triumph in maintaining his position courtesy of hardcore devotees yesterday, the Labour Party is overwhelmingly Remain; the Lib Dems won’t even sanction a second referendum anymore – they’ve made it clear they simply want to revoke the vote of 17 million like it never happened; and now the Supreme Court has given the green light to Bonaparte Bercow to promenade his way back into the Commons tomorrow and resume his place on the throne again. There are inevitable calls for the PM to hand in his notice, though the one sure-fire way to force him out is being denied; rather than involve the unreliable electorate, much better to have a ‘caretaker’ administration of honourable members hand-picked by other honourable members, no doubt; and that’s taking back control – not by us from Brussels, but by Westminster (and therefore Brussels) from us.

Yes, Boris Johnson gambled and f***ed up – maybe once more exhibiting the fatal flaw that Eton breeds across the board, one that overlooks the fact that some of its sons aren’t as bright as they think they are; but watching Edinburgh’s Man in Westminster Ian Blackford emerge from the Supreme Court this morning in a manner that implied Hibs had just won the Scottish Premier League was a salient lesson in deceptive body language. Does anyone really believe SNP MPs – whose entire raison d’être is to extricate their corner of the UK from the rest – seriously give a shit what becomes of Britain beyond their tartan bubble? Naturally, Blackford and, to be fair, pretty much all Remainers representing constituencies south of Berwick as well, will claim the announcement by Lady Hale signifies victory for the ‘right’ side of the nation over an unelected dictator who has become the most prominent face of the ‘wrong’ side. And self-interest doesn’t come into it at all.

Being locked-out of their private members’ club was such an affront to their superior sense of entitlement that they and those in business with whom they share the same piss-pot have conspired to take the Prime Minister to court and thus gain access again. They haven’t shown quite the same urgency when it comes to the dozens of genuinely pressing issues affecting ordinary lives over the last three years, and lest we forget they won’t deign to grant us a say in who represents us in the Commons either. Today’s ruling is merely the further neutering of No.10; the PM no longer even possesses the authority to dissolve Parliament and bring the electorate back into the picture anymore; and amidst the euphoric celebrations and concurrent denunciations of Boris’s doomed decision to prorogue, the loudest popping of corks will be emanating from the kitchens of those preventing the General Election that will probably cost them their prized seats at two profitable tables. No wonder they’re so ecstatic.

After seeing the latest lengths to which the prime movers and shakers will go in order to prevent us from ‘crashing out of the EU’, I’m increasingly convinced we’re never going to leave it. Look at the facts. We were given two simple options in 2016 and the promise to abide by the decision of the majority was enshrined not only in the Referendum itself, but by everyone seeking re-election the following year. Three and-a-half years later and we remain in the EU, with many of the most disgruntled Remainers in positions of power showing their true colours either by hiding behind the red herring of a Second Referendum or simply declaring the result of 2016 null and void. To give the idiot credit, however, David Lammy was saying the latter the day after the result was declared (something I recently rediscovered when re-reading my posts of the time – at least Lammy is consistent on this issue).

Supreme Court events today will boost the confidence of those claiming a majority of the country is now very much in line with their way of thinking; and while it’s true that millions of Brits without a free pass to Westminster are indeed keen to remain subjects of Brussels, they had their chance to say so in 2016 – as did those who think the opposite. And if this sorry saga trundles on towards what is coming to look like its inevitable conclusion, the latter will be well within their rights to walk away from the democratic process for good.

2 thoughts on “THE MILLER’S TALE”