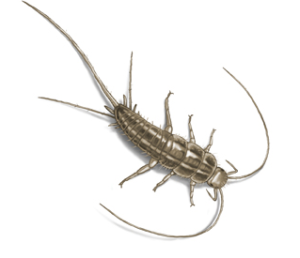 I was watching a silverfish swim across a wall earlier today. No, things aren’t already so bad in social-distancing, self-isolating Britain that I’m reduced to observing obscure insects because there’s nothing else to do. The silverfish going about his business was exposed to the light due to a board that forms a small section of my living room wall being temporarily removed as part of a lengthy investigation into the dripping of leaks from my flat down into the flat below. It’s a long, boring story connected to a rotting roof, decaying gutters, broken pipes, and the routine papering over of cracks that accompanies the cost (and corner) cutting when residential properties are purchased by landlords and converted into separate dwellings. I’m not certain, but I’d hazard a guess my one-time grand Victorian home underwent that kind of conversion perhaps around thirty-forty years ago; and I reckon this was probably the first time decades of neglect had been examined up close.

Anyway, what – you may say – has any of this got to do with the coronavirus apocalypse? Not a lot, other than I joined a few imaginary dots between that silverfish speedily slithering in and out of the damp patches of newly-exposed plaster and the bewildered-looking pedestrians I spotted dotted about the streets this morning. Like the silverfish, they’d been quietly getting on with their lives until they were rudely interrupted and now the fragile thread by which those lives had long been hanging had laid bare their vulnerability. Unlike the overexposure afforded Global Warming and the trendy Climate Change bandwagon yer average virtue-signaller is all too eager to hitch a ride on, the ever-present threat of pandemics – along with the permanent precariousness of the world’s financial markets – has long been an issue swept under the discourse carpet; yet now both are fixed on a collision course with the potential to do far more long-term damage than even little Greta could conjure up in her worst Doomsday scenario.

For a man barely in the job long enough to boil the kettle for a pot of Yorkshire Tea, Rishi Sunak has made something of an instant impact as Chancellor. Reactions to his inaugural ‘end-of-Austerity’ Budget were still being written when he was suddenly forced to return to the money orchard only accessible via a secret portal in the back garden of 11 Downing Street. He rapidly re-emerged with an emergency financial package that must have caused John McDonnell to hover between laughter and tears; here was a Conservative Chancellor announcing the most comprehensive programme of state interventionism ever seen in peacetime Britain. As if thrashing Labour in last December’s General Election wasn’t humiliating enough; now the Tories had taken the most fiscally-socialist aspects of the Labour manifesto and expanded them to deal with the kind of crisis that separates the government men from the opposition boys. Cameron must be turning in his caravan.

Today we are told all rail franchise agreements have been suspended, with measures implemented for a provisional six month period in order to prevent the rail companies going under in the absence of passengers; operators will transfer revenue and cost risk to the Government and in the process will receive a modest fee to run services as glorified Fat Controllers. It’s not quite nationalisation, but it’s as close as we’ve come since the railways were privatised in the 90s. We are also informed plans are afoot to try and financially assist the self-employed, who were the notable absentees from the Chancellor’s rescue mission offering grants to businesses to cover 80% of employees’ wages alongside increases to both Universal Credit and Working Tax Credits. Of course, all of this will have to be accounted for at some point in the future, but for now it offers the millions who suddenly found themselves without a job to go to a better deal than the pitiful alternative of sick pay.

It is the self-employed and those trapped in a perpetual cycle of what has been called – with a detectable sneer – ‘unskilled work’ who need to be quickly included in the Chancellor’s otherwise laudable attempt to prevent the majority of the country’s workforce being plunged into a black hole. A survey published before events gathered pace last week revealed that 47% of self-employed workers and 51% of those on zero hours contracts would most likely carry on working even if they were diagnosed with Covid-19. They have no choice, which is why they need assistance as much as anyone else, even if providing it is a more complicated proposition.

These measures, if indeed they are extended to everyone, will certainly help balance the more draconian legislation concerning curbs on civil liberties that are proposed as we perch on the cusp of the anticipated full-scale lockdown. The coronavirus bill, which is expected to gallop through every stage in the Commons without being saddled with annoying democratic inconveniences like being put to the vote, is intended to cover a two-year period. Once enshrined in law, it will give the Government legal powers to ban gatherings and forcibly quarantine the infected as well as making the closures of schools and places of entertainment a legal enforcement; but it will be subject to review every six months.

To be fair, imposing too many stringent restrictions wasn’t part of the initial plan; but it quickly became evident that offering the public the chance to retain their autonomy wasn’t working. Too many were carrying on as usual and flagrantly ignoring the advice; and even now, the bulk buying at supermarkets remains one of the most immediate headaches non-arseholes have to deal with in this crisis. The impounding of trolleys and the enforcing of baskets wouldn’t go amiss. Anyway, concerns voiced by opposition MPs and civil rights groups have resulted in the concession to review the measures in the coronavirus bill twice a year. It must have been tempting to resist it, though. One only has to consider how effectively the coronavirus has removed the thorns in the respective sides of the French and Chinese governments; street protests in both Paris and Hong Kong that have severely disrupted the smooth running of life over the past year have been quelled overnight.

Not that a few disgruntled Remoaners have presented Boris Johnson with social unrest comparable to that confronting Macron or Xi Jinping, though some shameless souls are exploiting the current climate to demand Brexit negotiations be suspended – probably indefinitely, I should imagine. The performance of Rishi Sunak has even provoked some to propose the ousting of Boris and a…wait for it…coalition administration run by the incumbent Chancellor of the Exchequer alongside the charmless man who’s odds-on favourite to become Labour leader, AKA the charisma vacuum himself, Keir Starmer. Please, I know we’re in weird times, but come on! Most people had probably forgotten Labour were even engaged in a leadership election, what with it being a never-ending experience on a par with listening to ‘MacArthur Park’; but it’s difficult to see the call going out to Starmer or the two other contenders to return to their constituencies and prepare for government.

Anyway, as Alex Salmond strolled away from court a free man, I strolled along the Sunday-esque streets and found no eggs in Sainsbury’s or Waitrose, but eggs in Aldi’s! No decent chardonnay in Sainsbury’s, but plenty in Waitrose! These days, more than ever, it pays to shop around – and not knowing what will (or won’t) be available is now part of the daily fun. Maybe life would be so much simpler if I were a silverfish…

6 thoughts on “THE STATE OF EMERGENCY”