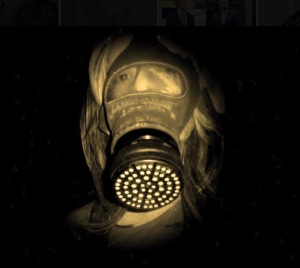 I think most assumed his increasingly shagged-out demeanour was down to the stress of being Prime Minister during the kind of national emergency that only comes along once every half-century or so; but it would appear other factors had a part to play, as Boris Johnson – along with his Health Secretary Matt Hancock – has tested positive for the coronavirus and is now self-isolating at Downing Street. I suppose it’s no great surprise, however; his job is one that makes self-isolation a little harder than most, though Boris is probably finding out that modern technology is proving to be as useful a means of staying in touch as everyone else at the moment. Still, it must be frustrating to glance across at Rishi Sunak, whose infuriatingly immaculate appearance makes the Chancellor look like the ‘after’ portrait in one of those miracle diet ads you notice on the back of buses when stuck in traffic jams.

So, whilst Comrade Corbyn has little else to do but ensure he’s captured on camera applauding the NHS, the PM is forced to direct actual events from his bunker; but there’s no real reason why he can’t. Bar those highly important ‘reserved occupations’ such as construction work and telesales, all business is now being conducted from home as my own personal ‘normal’ is adopted as standard practice for the rest of the world. Of course, levity aside, the overall public response to the situation can be measured in several ways. Whilst those either serving Her Majesty or being detained at her pleasure in similarly cramped quarters are raising understandable concerns at their prospects of becoming infected, the Chancellor’s rescue package for the self-employed is focused on the grave economic impact that has forced a record number of applicants for the already-beleaguered Universal Credit, mirroring the similarly unprecedented 3.3 million filing for unemployment in the US.

Former doctors, nurses, coppers, fire-fighters and ambulance drivers have been coaxed out of retirement to join the thousands of volunteers heeding the call to bolster the battle against the coronavirus. Is this David Cameron’s Big Society realised at last – or merely proof that people will always respond to a crisis if they believe it to be genuine rather than SPAD spin? Even the unacceptable face of capitalism himself, Mike Ashley, has undergone a ‘moral U-turn’ in the past 24 hours, though Emperor Fat Head Tim Martin has yet to follow suit as his Wetherspoons workforce line-up outside Tesco’s. That said, recruits to the cause shouldn’t be hard to find; after all, there are millions of people who not only currently have no job to go to, but they have also suddenly been deprived of a social life and don’t even have any TV sport to plonk themselves in front of for hours on end. And maybe their partner and/or kids encroaching upon their personal space 24/7 has already pushed them perilously close to one of those tabloid obituaries that end with the famous last words ‘…before turning the gun on himself’.

Although it remains debatable as to how many global deaths can be solely – and accurately – attributed to Covid-19, the figures nevertheless continue to escalate across the world. Spain seems to have superseded Italy as the latest European hotbed – 769 deaths in the space of the past 24 hours have raised the country’s roll-call of dead so far to 4,858; 2,378 of an infected 32,322 in Iran have now died; in France, the number of deaths is currently at 1,696, with Paris hospitals claiming they’ll have reached their capacity at some point in the next 48 hours; meanwhile, the US has now superseded China in recorded cases, standing at more than 82,000 (including over 1,000 fatalities), with New York the current focus of America’s crisis. The infamous lists of weekly deaths in London that were published during the eighteenth century and often prove beguiling to modern readers with the odd and eccentric causes given for many demises now appear to have been rebooted for the 21st century as the first item on the agenda of every news bulletin echoes the grim tradition.

But for the living, resisting the temptation to venture out into the blossoming spring is largely being observed – for the moment. Naturally, online news outlets thrive on the expected ‘curfew-breakers’ such as the typical teenage groups of either white chavs or Asian hoodies; but from what I’ve seen in my own neighbourhood, the streets have been pretty successfully shed of people. Yes, it could be because I live in a heavy student area and many of them have returned to their hometowns; but it’s so lovely and quiet. Even traffic has been reduced down to levels reminiscent of a street scene in some TV drama produced in the 1970s; the main road outside my window is normally nose-to-tail around the late afternoon/early evening rush hour, though with so many workplaces closed and all places of entertainment locked-up, it’s no wonder a majority of motorists are keeping their wheels in their garages.

A public faced with the unfamiliar novelty of so much time indoors has so far seemed to be keeping itself entertained. The anticipated glut of annoying and unfunny DIY videos flooding social media hasn’t abated; I suppose they’re intended to do what the likes of Gracie bloody Fields allegedly attempted to during the war – i.e. keeping the pecker up and all that. Fair enough if you need it keeping up; such distractions are available if you want them. But it’s still early days, and unless the weather takes a turn for the worse and a snap cold spell makes even chillaxing in the garden impossible, I do wonder how long the public will be able to maintain its relatively good spirits. The abrupt removal of routine can have a marked effect on some, for when the desired alternative is unexpectedly promoted to the norm it can often reveal itself to be less desirable as reality than it is as fantasy.

Clarification appeared fairly straightforward during the PM’s address to the nation at the beginning of the week, though it would seem not all of Britain’s police forces have grasped where they stand. A sinister Derbyshire Constabulary drone hovering above a small handful of visitors to the Peak District was employed to ‘out’ said visitors online, though it very much looked like they were mostly middle-aged couples walking their dogs – a ‘gathering’ hardly in need of dispersal and one that Boris told us was perfectly legit. The footage implied these were townies selfishly bringing their infections to the countryside, but they could have been locals eager to stretch their legs in the widest open space imaginable – certainly a more sensible option than being shoehorned into a crowded tube train, anyway. Get a grip, Plod.

Yeah, well, here we are – not quite lockdown, but a Great British compromise, a breather from the relentless grind of the treadmill; but an opportunity too. Maybe this is the moment when some people will start to assess their lives and whether what they want from them is what they were getting before this began. Only the suddenly plentiful natural resource of time will tell.