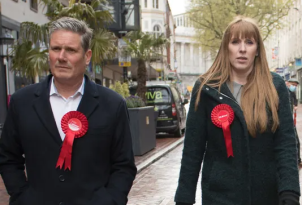 As they used to say back in the day on ‘Big Brother’ eviction nights, the votes have been counted; and what do the votes tell us about the electoral map of the UK following last week’s local, mayoral and devolved elections? Well, it’s essentially as you were. One can talk about a vaccine roll-out effect, I guess; but it seems the negative publicity metered out to the Tories and SNP in recent months had little impact on the voters – or perhaps they saw the excuse for an alternative and figured it was yet another case of ‘better the Devil you know’. It didn’t affect the London Mayor either; Sadiq Khan’s indisputably useless record on combating crime in the capital and his infatuation with Woke virtue signalling didn’t count against him when he was confronted by numerous vanity projects on the part of actors and other self-publicists with no political experience. Similarly, north of the border it appears the far-from flattering revelations to emerge from the prolonged Alex Salmond farrago – not to mention the SNP’s unnervingly authoritarian approach to governance – didn’t persuade the Scottish electorate to invest in something else. The only real losers on Thursday and Friday would seem to have been the beleaguered Labour Party.

Amazingly, Keir Starmer sweeping into Hartlepool and scoffing fish & chips with a pint – just like all northern working-class folk do in between being darn t’pit and walking t’whippet – didn’t convince the voters in the North-East, and they handed a traditionally safe Labour seat to the Tories for the first time. Fancy that. One could argue that Labour’s defeat in the Hartlepool by-election was the only result that really mattered last week, though Nicola Sturgeon and Mark Drakeford would probably disagree. Wee Ms Krankie needed another mandate from the Scottish electorate to legitimise her tedious second referendum obsession and hope it would paper over the corrupt cracks in her appalling administration. It’s not as though anyone other than the most blinkered, anti-English redneck is under any illusion now that the party is somehow morally superior to any of its rivals; enough dirt was exposed beneath the manicured Caledonian fingernails by the recent investigation into the Salmond affair to open the eyes of voters, yet Sturgeon’s clan still retained power. With opinion polls suggesting a second independence referendum will probably result in the same kind of split as the last ‘once-in-a-lifetime’ plebiscite, Sturgeon will wait for the right moment to strike, but she’ll keep harping on about it until that moment arrives, for she’s got nothing else to harp on about in the meantime.

Mirroring the pyrrhic victory of Nicola Sturgeon, Welsh Labour leader Mark Drakeford received the thumbs-up from voters following months in which he’s revelled in his role as the puritanical lockdown overlord for the Valleys. He no doubt imagines the backing of the Welsh electorate vindicates his stance over the past year, just as Sturgeon views her re-election as a resounding endorsement of her equally totalitarian idea of rule. In the afterglow of the final count, however, perhaps both should consider the quality of competition on offer and the fact that ancient prejudices and bigotries towards parties other than the one yer ‘da’ always voted for continue to count for something in the constituent countries of the UK other than England. That Mark Draper’s party beyond Wales was up against a similar piss-poor alternative and still had a disastrous showing maybe paints a more accurate picture of where we are outside of the enclosed tunnel vision that devolution invariably engenders.

Sir Keir hasn’t pissed about, mind; his immediate reaction to the results in England was to instigate a Shadow Cabinet reshuffle – an action akin to a wife of 30-plus years changing her hairstyle in the vain hope her disinterested husband will suddenly find her attractive again. The few that noticed Starmer’s response took note of the fact that Angela Rayner lost her job as party chair as well as carrying the can for the disastrous campaign as national campaigns coordinator; a minor storm in a neglected teacup followed Rayner’s removal, but the former ‘thingle mother’ has actually been promoted, now shadowing Michael Gove; it may sound like the least appealing promotion imaginable, but Rayner can at least be consoled by the fact that nobody outside of Westminster Village really gives a shit. Talk of the Party relocating from its London base in order to reconnect with its lost heartlands is merely another PR stunt as meaningless as the BBC shifting its operations from Shepherd’s Bush to Salford. The Labour Party could set up shop in the Outer Hebrides and it would still venture no further than the boundaries of the metropolitan bubble it took with it should its hands be soiled by contact with uncouth locals whose vote it nevertheless craves.

Something that will be looked upon by few other than the Labour hierarchy as one of last week’s few ‘success stories’ was the election of Batley and Spen MP Tracy Brabin as West Yorkshire Mayor – arguably one of the more vacuous exercises in self-indulgent bureaucratic pointlessness local government has yet to dream up. Beyond the euphoric electorate of dynamic Northern Powerhouses Leeds, Bradford and Wakefield, Brabin’s election to the latest vapid office of no interest to anyone who cares about life that stretches further than the end of their street wouldn’t register at all if her ‘promotion’ didn’t necessitate a further nightmarish by-election prospect for her party. The former constituency of Jo Cox will now be vacated and fought over sometime in the summer, as the police and crime responsibilities that come with Brabin’s shiny new status disqualify her from remaining an MP under electoral commission rules. The Batley and Spen seat is a marginal one, with Brabin’s majority at the last General Election slashed to 3,525, so I should imagine the Tories are looking forward to that particular by-election more than Labour.

The Conservative Party shouldn’t become complacent, however; just because the Tories trounced a terminally weak opposition doesn’t necessarily mean the electorate were giving their full endorsement to Boris’s mob. It’s unarguable that they enjoyed a remarkably impressive showing for a party in office for over a decade – and in the wake of a unique situation in which they haven’t always acquitted themselves admirably; but the supposed success of the vaccine, which the MSM never tires of telling us about, is being credited with building on the gains made in 2019 and suggests no amount of ‘sleaze’ headlines make the slightest bit of difference once the voter enters the polling booth. That said, the triumph of the party definitely owes something to the nature of the pandemic narrative; that the public have to receive the permission of Michael Gove that it’s now okay to embrace again says a great deal as to how the Tories have moulded public opinion through their relentless campaign of fear and intimidation over the past year or so; convincing the electorate that the Tories know best when voting comes around is merely a natural by-product of this tactic, and it has paid off.

These elections weren’t really the ‘giving the powers-that-be a bloody nose’ type that the EU Referendum offered us five years ago; they weren’t even comparable to the shock experienced by the wannabe powers-that-be in 2019. Perhaps it shouldn’t come as a great surprise that the end results changed little with the exception of a bit more ground being gained by the Tories; after all, people have had other distractions from party politics during this last twelve months, and maybe figured this wasn’t the time for a seismic shift. The apple cart has been upset enough of late.

4 thoughts on “AS YOU WERE”