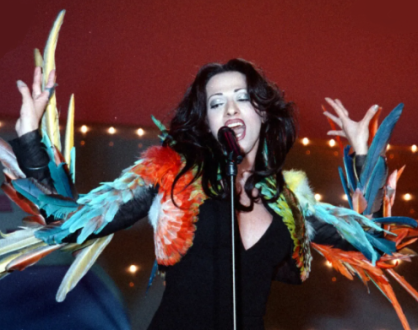 When Richard Nixon famously proclaimed ‘I am not a crook’ in 1973, I’m pretty sure plenty people must have come to the conclusion that he was simply because he’d felt the need to declare his whiter-than-white credentials. Sure, the then-President of the USA’s standing was threatened by a break-in at a certain building in Washington, so he was keen to place considerable distance between himself and those guilty of trespassing on Democratic Party property; but whenever anybody has to over-emphasise something that should be a given, one cannot help but feel they have something to hide. The 21st century social media trend for adding the likes of ‘Anti-fascist’ to bios – as though the individual profiled would immediately be presumed a fascist unless they categorically stated they weren’t – seems to echo Nixon’s proclamation of innocence. Damning insults that were designed to accurately describe and denounce a particular philosophy have been so casually tossed around on the cultural battlefield in recent years that people are now compelled to declare everything they’re not before actually declaring what they are – though the speed with which they do so inevitably provokes suspicion.

The emphasising of specific racial, sexual and gender inheritances or preferences that are prized as defining characteristics when it comes to the Identity Politics worldview are sold as the ultimate non-prejudicial break with a past that supposedly judged people unfairly by placing them in separate, discriminatory groups – though it doesn’t take much of a genius to discern this is merely rearranging the furniture. The Identity Politics crowd bring their own prejudices to the table, and blackball manufacturers are one of the few booming industries at the moment as the list of cancelled parties is expanding by the day. Straight white men – or just white men in general – have been the demographic it’s okay to slate from day one, and straight women of any colour have become added to the death warrant as the insanity has accelerated courtesy of the ‘trans’ debate; a female student suspended from her course at a university in Soviet Scotland a couple of weeks ago – for the heresy of stating women have vaginas rather than penises – underlines yet again how ovaries are no longer security against cancellation.

Anybody with half-a-brain and a cursory knowledge of how these movements eventually descend into cannibalism saw this coming a long time ago, but those who sold their souls in the hope they’d be spared a visit from the Thought Police are now feeling the heat. The past few weeks have seen the Trojan horse of social justice exposed to a little more light and more of its unpleasant underbelly has been mercifully revealed in the process. The deliciously disastrous weekend tweet by a senior SNP official revelling in the UK’s nul points car-crash at the Eurovision by declaring ‘It’s OK, Europe – we hate the United Kingdom too’ lifted the lid once more on the narrow-minded bigotry at the rotten core of extremist Scottish nationalism, reminding us (as if we needed reminding) that, for all its touchy-feely Woke virtue-signalling, the SNP at its heart is no different from any other nasty nationalist movement.

And if evidence were required of the ‘emperor’s new clothes’ factor at play here, one needs to look no further than the issue of race. Anyone of black or ethnic persuasion who rejects the Identity Politics league table of oppression is guaranteed to incur the wrath of those who have a rigid system of oppressed/oppressor in place and don’t like to see it being undermined. As long as ‘People of Colour’ accept their permanent lowly status beneath the iconic white jackboot and don’t attempt to emancipate themselves, they’re worthy of a pat on the head; dare to challenge this regressive state of affairs and they’re fair game for being subjected to ugly racist insults as bad as anything that can be dreamt up at a KKK dinner party.

Just as the Corbynite wing of the Labour Party wants the workers to remain at the bottom of the pile, forever in need of a helping hand from privately-educated middle-class Marxists because it provides the latter with their raison d’être, the Identity Politics obsession with race gives plenty a purpose that makes getting up on a morning meaningful. It’s also stuck in the 18th century, only able to see black people in chains; residency of the moral high ground is dependent upon the preservation of race in a pre-civil rights amber, and any Person of Colour refusing to go along with that can be legitimately called an Uncle Tom or any other antiquated racist epithet – and it’s perfectly fine for someone white to hurl that insult as long as they’re safely residing on ‘the right side of history’. The hypocrisy is hilarious.

The one racial and ethnic group that the Identity Politics crowd have barely bothered to conceal their prejudicial and bigoted hatred towards all along are the Jews. Not only is it fine for those whose favourite buzzword during Trump’s Presidency was ‘literally Hitler’ to revive every ancient stereotype of the Jewish people, but allying themselves with a pseudo-ISIS band of Radical Islamic fanatics like Hamas is deemed to be perfectly acceptable coz Hamas hate Israel – innit. The current wave of blatant anti-Semitism in the West has included pro-Palestine activists driving through Jewish neighbourhoods of London and using megaphones to advocate ‘F**k the Jews! Rape their daughters!’ as well as open assaults on Jewish bystanders at rallies held by those supposedly passionate about ‘social justice’ in numerous European democracies and across the Anglosphere. And amidst this depressing outbreak of ugliness, skewered Woke logic reached comic proportions when a side-splitting banner unfurled at one of the endless protests against recent Israeli retaliatory strikes against Hamas declared ‘Queers for Palestine’. Ever get the feeling these dipsticks haven’t got a f***ing clue as to whose bed they’re jumping into?

Israel, as with South Africa during the Apartheid era, is a favourite bogeyman for the far-left and is back in fashion every time a new generation acquires an appetite for attending demonstrations. The State of Israel itself routinely plays into the hands of its most vocal critics with its often brutal actions, even if one could argue that self-defence sometimes happens to be at the root of such actions; and overlooking the equally brutal assaults by Hamas whilst condemning Israel is like screaming at the Government for deporting illegal immigrants and then suggesting that the Tory daughter of Ugandan-Asian immigrants who just happens to have become the first-ever ‘BAME’ Home Secretary should herself be deported because…oh, hang on a minute. Yes, placing such intense emphasis on race has really resulted in a fairer, more tolerant society, hasn’t it – one where racism has no place whatsoever. Well, we were getting there; and now we’re heading somewhere else altogether.

The worrying precedent set in Scotland a few weeks ago, whereby a Woke mob surrounded a van carrying illegal immigrants and ‘liberated’ the detainees, ended on a fittingly farcical note in that the immigrants were then escorted by their self-congratulatory liberators to the nearest mosque. Only, they were actually Sikhs, not Muslims; well, brown people – easy mistake to make when you’re an ignorant f**kwit too busy patting your perceived oppressed pets to assess the consequences of your crusade. The climax of that ‘rescue’ to me pretty much summed-up the naive, dangerous stupidity of Identity Politics in action, and how easy it would be for its exploitation by less idealistic parties – and I’m not talking about the far-right, who are just as thick. The real danger comes when these airheads have a degree of power – though I suppose seeing the damage done by them at local government level serves as a warning as to where we’d be if they were in charge at national level. But then I look at the alternative at national level and I give up.