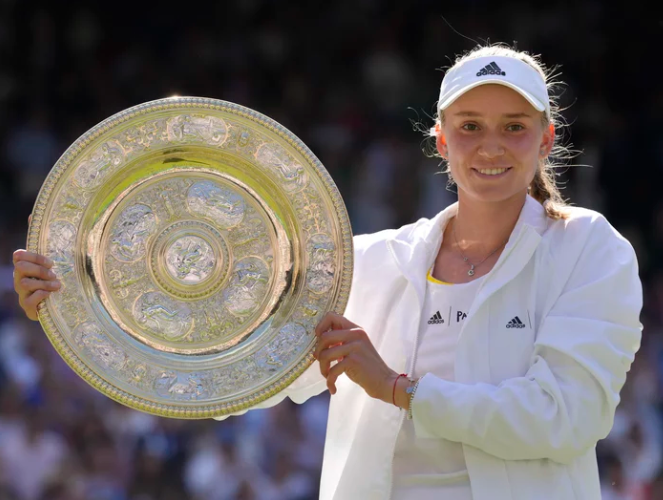 Media types who weren’t even there have spent several months now banging on about how Britain is going ‘back to the 70s’ simply because they assume today’s perilous economic climate is somehow comparable to that of a decade they only know through endlessly recycled clichés of candlelit households, picket lines, and pavements piled high with rubbish. Ironically, however, whilst the hysterical heads on our news channels were promoting the cost-of-living crisis as the embodiment of this narrative, the summer’s premier sporting contest came close to experiencing a moment genuinely reminiscent of a 70s incident that almost caused its cancellation 49 years ago. Like Wimbledon 2022, Wimbledon 1973 saw a British man reach the semi-final of the singles’ tournament, yet the achievements of both Cameron Norrie and Roger Taylor were overshadowed by events off-court.

In 1973, the Open Era was still a relatively new innovation and the leading tennis players of the period were feeling liberated by the sudden change in their circumstances – especially financially. Take a player like Rod Laver, still the only man in the history of the sport to twice hold all four Grand Slam titles in a calendar year; the fact he achieved this in 1962 but then not again until 1969 highlights how from 1963 to 1968 Laver was unable to compete in such tournaments, as their Olympian ideal stated one had to be an amateur to take part; once you turned pro and tried to make a living from your talent, you were effectively exiled from the competitive game thereafter. A long-overdue change to the rules in the late 60s restored the world’s greatest tennis players to the Grand Slam stage, including Laver; but who knows how many more titles he could have added to his 198 (which remains a record) had he not lost five years in the middle of his career. By 1972, buoyed by the lucrative Open Era, the formation of the Association of Tennis Professionals had given players some independent clout and this was something they demonstrated the following year when they flexed their muscles against the International Lawn Tennis Federation, the global governing body of the game.

The first opportunity for players to take a stance came when Nikola Pilić, Yugoslavia’s No.1, was suspended by his own national lawn tennis association on the grounds he had bowed out of a Davis Cup tie played by his nation; the suspension spanned nine months and was supported by the ILTF; it was eventually reduced to a month, but that month encompassed the Wimbledon fortnight. The ATP responded to the ban by stating that if it wasn’t lifted they’d pull their players out of the tournament in support; what followed next were weeks of legal wrangling which eventually ended in an ATP boycott of the men’s singles at Wimbledon. 13 of the intended 16 seeds pulled out, with only the likes of the 1972 Wimbledon runner-up Ilie Năstase and Britain’s Roger Taylor defying the boycott amongst the more established players; up-and-coming youngsters such as Bjorn Borg and Jimmy Connors took advantage to progress in the absence of the bigger names (including defending champ Stan Smith), and the title was won by Czech Jan Kodeš, whose presence representing an Eastern Bloc country probably meant he had no option but to compete.

49 years later, the Russian invasion of Ukraine provoked several measures by the world of sport; the ATP – not quite as anti-establishment as in its original incarnation half-a-century earlier – responded with the token gesture of relocating the St Petersburg Open to Kazakhstan at the beginning of the conflict, but didn’t enforce a ban of Russian or Belarusian players from tournaments, unlike other sporting bodies, such as FIFA, UEFA and the IOC. When Wimbledon came around, however, a ban was imposed. The ATP’s rather petulant reaction, one that perhaps emphasised how far it had come since its formation 50 years before, was to remove world ranking points from Wimbledon. Prestigious competitions such as the Davis Cup and Billie Jean King Cup upheld the same ban of players from Russia and Belarus, yet both the French and US Open declined to follow suit; in the case of the former, it decided to go with the unsatisfactory compromise of having players from the guilty countries participate as ‘neutral players without national flags’. The decision of the All England Club was applauded by several Ukrainian players, though the ATP sided with the now-ITF this time round. Defending Wimbledon men’s champion (and a man who retained his crown yet again yesterday) Novak Djokovic criticised the ban, though as someone who has already suffered at the hands of a political incursion into sport via his experience at the Australian Open at the beginning of the year, perhaps it’s understandable he wants to keep politics out of tennis. At one point, it seemed as though the tournament was threatened with a rerun of 1973, though in the end it didn’t quite work out as planned for the All England Club.

One might say Wimbledon’s ban has backfired – and the moral conundrum of holding sportsmen and women responsible for the actions of the nations whose flags they perform under is a contentious one; it denied the competition the men’s world No.1 Daniil Medvedev, for one thing; but if the non-appearance of Russia’s former Wimbledon champ Maria Sharapova (who sensationally defeated Serena Williams as a 17-year-old in 2004) at the past champions’ parade was a notable casualty of the ban, it was perhaps viewed as less of an awkward absentee than usual BBC pundit Boris Becker, who no doubt tried to catch what he could of the tournament whilst sewing mailbags on D Wing. No, the implications of the ban became more embarrassing for the All England Club as a girl born and raised in Moscow progressed through the tournament and ended up making it all the way to the ladies’ final; up against Ons Jabeur, the Tunisian No.1 and the first North African woman to make the final, Elena Rybakina was not exactly the winner the burghers of Wimbledon were hoping for. Jabeur winning the opening set of the final eased a few furrowed brows; but Rybakina dug deep and struck back for a 3-6, 6-2, 6-2 victory.

There was no doubt Ons Jabeur was the woman the All England Club and the BBC were keeping their fingers crossed for, but Rybakina spoilt the party and maintained the impressive trail she’d blazed throughout the tournament, none more so than when crushing in-form 2019 champ Simona Halep in the semi-final, 6-3, 6-3. After the pre-tournament headlines had been so focused on the enforced absence of Russian and Belarusian players – a decision that was entirely in line with the UK’s support of Ukraine, lest we forget – perhaps the ultimate embarrassment for Wimbledon came when the Duchess of Cambridge in her capacity as patron of the All England Club had little choice but to present the Venus Rosewater Dish to a player destined to be used as a propaganda weapon by Moscow, regardless of how much distance Rybakina has attempted to place between herself and her homeland’s government. At the same time, she remains rather evasive on whether Moscow is still where she lives.

To be fair to Rybakina, her defection to Kazakhstan dates back to 2018 rather than being a convenient switching of flags to evade an international boycott; she’s not guilty of the kind of canny relocation that South African cricketers routinely engaged in during that nation’s lengthy stint as a sporting pariah during Apartheid. She only really represented the country of her birth at junior level; when she turned pro and embarked upon the women’s circuit full-time aged 19, it was the Kazakhstan Tennis Federation that offered her financial support and far superior coaching facilities than that which were being provided back home. She changed her nationality and has therefore competed under the Kazakhstan flag for the past five years; the fact remains, however, that the women’s winner of Wimbledon in a year when Russian players were exiled from the competition was a born-and-bred Muscovite. Maybe there’s a point to be made somewhere in there – a match-point, perhaps.