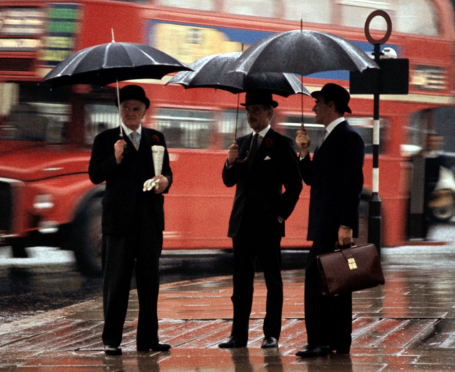 A rare visit to the house I grew up in over the weekend was crystallised in the wee small hours of Sunday morning by me accessing buried treasure and rifling through yellowing copies of the first ever comic I purchased week in-week out half-a-century ago, ‘The Mighty World of Marvel’ (from October 1972 onwards). This inaugural outing for the British branch of the Marvel Corporation was an exciting introduction to that now-overexposed universe for a kid eager for visual stimulation 50 years ago; the fantastic imaginations of Stan Lee, Jack Kirby and Steve Ditko were exactly what I needed then, however much the thought of their creations as rendered by Hollywood fills me with indifference today. Anyway, the familiar sensation of turning childhood pages and re-encountering images permanently burned onto the memory banks of the half-formed mind was added to by a retrospective awareness of wider events that barely gatecrashed my infant consciousness at the time.

I noticed a comic that was priced at 5p from its launch in the autumn of ’72 abruptly shot up to 6p at the height of the Three-Day Week in January 1974 and then increased to 7p less than six months later; by the conclusion of the year it had risen to 8p, and once I’d reached the end of the pile (1977), the cover price was 10p. I appreciate that sounds like peanuts by today’s standards, but one has to take into account price comparisons between the cost of living then and now; indeed, ‘The Mighty World of Marvel’ was probably an expensive addition to the newsagents’ shelf and its bi-annual price increase from 1974 onwards evidently reflected the soaring inflation of the mid-70s, something that only impinged on me when I was informed my weekly stimulation needed to be cut back. Related searches through my numerous preserved files of vintage TV from the era revealed a report from ‘John Craven’s Newsround’ explaining the perilous position of the pound in relation to the dollar from October 1976; this served as a reminder of how current headlines surrounding similar issues are nothing new. We have been here before, even if many of us who lived through the last time we were here imagined we’d never be here again.

Forty-six years ago, John Craven and his team reported that the pound in 1972 had been worth $2 57₵; four years later, as the pound plunged to its then-lowest-ever level, this had dropped a dollar to $1 57₵. Alas, the news that the pound of 2022 has plummeted to a record low against the US dollar in the wake of new Chancellor Kwasi Kwarteng announcing his tax cuts fuelled by further borrowing has unfortunately added to the tiresome ‘Back to the 70s’ narrative that the MSM is currently indulging in. Threatened public sector strikes and the prospect of a candlelit winter hardly help matters, but the largest programme of tax cuts since Ted Heath tried (and failed) to repair the economic malaise of his own premiership have resulted in the weakest performance of the pound Vs the dollar since decimalisation in 1971. The Chancellor is clearly fixated on the mantra of ‘economic growth’ by arresting the rise in National Insurance Contributions, axing the additional rate of income tax and cutting stamp duty, but I would imagine the majority of this country’s workforce is now being confronted by diminishing returns for their hard work, something not aided by the prospect of the rich receiving further benefits courtesy of last week’s mini-budget.

The 1976 low of the pound – despite then-Chancellor Denis Healey going cap-in-hand to the IMF (leading to a defiant albeit bad hair day speech from the floor at that year’s Labour Party Conference) – was superseded in 1985, but the latest figures have exceeded even that; overnight trading by Monday morning saw sterling falling 5%, reduced to $1.0327. It’s worth remembering the devaluation of the pound by Harold Wilson in 1967 was greeted as a national calamity on a par with Dunkirk (and cost Chancellor Jim Callaghan his job), yet even though one could argue it led directly to Labour’s defeat at the 1970 General Election, it seems like a storm in a teacup when stood alongside the problems facing the new PM. Okay, so I know if you’re a layman like me, ‘the markets’ may as well be written in a foreign language; but the current climate has provoked an increased interest in something normally reserved for readers of the Financial Times; and Liz Truss herself has already come under criticism from within her own Party for her emergency economic measures, with one unnamed member of her predecessor’s Cabinet declaring, ‘Liz is f***ed. She’s taking on markets and the Bank of England’, adding the new PM and Treasury Ministers were ‘playing A-Level economics with people’s lives’.

This is the kind of story that used to bore the pants off my generation as children, perhaps because most of us imagined it was one of those headlines specific to time and place, not regarding it as one that would have any relevance in the future. Little did we know we’d eventually come full circle. The same anonymous Minister in Boris’s cabal added by concluding ‘Government fiscal policy is opposite to the Bank of England monetary policy – so they are fighting each other. What Kwasi gives, the Bank takes away…you cannot have monetary policy and fiscal policy at loggerheads’. In harmony with this mystery man is a senior investment analyst name of Susannah Streeter, whose opinion of the situation is that ‘the pound has been on a fast downwards track of a rollercoaster, plunging to record lows…as confidence in the Government’s economic management continues to evaporate. The fresh bout of panic appears to have been brought on by rumours that the Bank of England may step in with an emergency rate hike to try and shore up support’; referring to Kwasi Kwarteng threatening further tax cuts, Streeter added, ‘The worry is that not only will borrowing balloon to eye-watering levels, but that the fires of inflation will be fanned further by this tax giveaway, which offers higher earners the bigger tax break’.

Fears that Liz Truss will crash the economy have stoked the backbenches into action on the eve of the PM’s first speech as leader at the Conservative Party Conference. Chair of the Treasury Select Committee, Tory MP Mel Stride said, ‘One thing is for sure – it would be wise to take stock of how through time the markets weigh up recent economic announcements rather than immediately signalling more of the same in the near term’. However, rumours abound that Truss and her Chancellor will not stop here; the borrowing is set to extend into 2023 and Kwarteng has promised more is to come. Stories of further tax cuts for the rich even resulted in Gideon himself – George Osborne – criticising the ‘schizophrenic’ notion of cutting taxes along with more borrowing, and also prompted ye olde Hush Puppy-wearing, cigar-smoking, Ronnie Scott-loving Chancellor of a different era Ken Clarke to comment, ‘I’m afraid that’s the kind of thing that’s usually tried in Latin American countries without success’. The fact polls show Labour now has its largest lead over the Tories since 2001 suggests the incumbent Chancellor hasn’t made a great start.

It goes without saying that even those of us not in possession of a brain boasting an implant with a degree in advanced mathematics could see this coming when industry was plunged into mothballs during lockdown, so it’s no great surprise that our governing party of 12 years is confronted by an economic meltdown of unprecedented proportions. And the majority who tend not to follow the FT Index are now faced with the realities of it all when they venture down supermarket aisles and notice how much more expensive certain items are today than they were this time last year. Yes, a recent reunion with some of my childhood reading material may have reminded me that we’ve been here before, but I guess that’s not much comfort for those who weren’t forking out pocket money for ‘The Mighty World of Marvel’ in 1972.

4 thoughts on “THE BLACK MARKET”