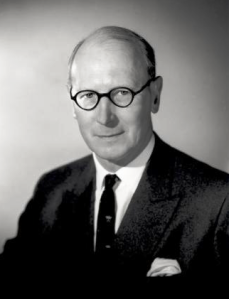 One of a series of programmes spread across the television networks to mark the 1967 Sexual Offences Act’s fiftieth anniversary, ‘Against the Law’ was a drama-documentary that aired on BBC2 last night. It dramatised the infamous 1954 Montagu Trial, in which Lord Montagu, his cousin Michael Pitt-Rivers and journalist Peter Wildeblood were tried on charges of gross indecency and (to simplify matters) ‘buggery’; they were found guilty, with Montagu serving 12 months and the other two 18 months. The dramatised sections of the programme were interspersed with the recollections of gay men who were old enough to have been affected by the laws surrounding homosexuality as they then stood; and men were the exclusive targets of this law. Lesbianism was never illegal in this country.

These fascinating interludes could have been jarring intrusions into the drama, but actually served to strengthen it as their reminiscences gave the viewer a clearer idea of the parallel universe Britain they inhabited and the dangers of that parallel universe colliding with ‘straight society’. In the late 50s, there were more than a thousand men in British prisons serving sentences for ‘homosexual offences’, yet the police continued to make the arrest and prosecution of gay men a priority; the brutal medical treatments offered as a ‘cure’ for the condition mirrored the establishment line that this was a sickness within society and one it was the establishment’s place to eradicate.

However, what one appreciated yet again in watching this programme was the unique classlessness of the gay underworld in the pre-decriminalisation 50s and 60s, when a peer of the realm could mix and mingle with ‘the lower orders’ in a way that had few contemporary equivalents at the time. It could be argued that the establishment’s fear of this social melting pot – existing long before the over-ground breaking down of class barriers that took place in the Swinging decade – played no small part in the ruthless campaign against gay men that seemed to reach its apogee (or nadir) in the years after the war. The Profumo Scandal of 1963 exposed the hypocrisy and double-standards of the ruling class and was crucial in the death of deference, but the Montagu Trial was also significant in that it reflected the antiquated notion of social superiors ‘setting a good example’ (in public, at least); the outcome also demonstrated a distinct divergence of opinion on homosexuality between the classes.

The prosecution, with the full weight of the police force and the then-Home Secretary David Maxwell Fyfe behind it, imagined the case would unite the nation in revulsion as the trial of Oscar Wilde had sixty years previously; but the assault backfired. It emerged the police were pursuing Lord Montagu in a virtual vendetta; having failed to succeed in an earlier conviction, they may have achieved their aim in 1954, but many members of the general public couldn’t see why their taxes were being spent on locking up what were (in the phraseology of the time) ‘consenting adults in private’. The ramifications of the Montagu Trial led to the setting up of the Wolfenden Committee to look into the laws on homosexuality, and although it took a further decade before the Wolfenden recommendations were implemented in law, the ball had been set in motion.

With his private life made public during the trial, Peter Wildeblood decided there was little point in pretending anymore and openly admitted he was homosexual. Upon his release, he was interviewed by the Wolfenden Committee and aired his belief that his type of gay man should be the main beneficiary of reforms to the law – that is, the type seeking to conduct his business behind closed doors with a man over-21 without fear of prosecution and imprisonment. He made clear distinctions between the camp, effeminate queens, the pederasts and the ‘straight’ gay men like himself. It was to be the third group whose voices were loudest as the campaign to change the law gathered pace in the 60s, the thinking being that the public would accept the more ‘normal’ sort as convincing salesmen for the changes; and the majority within society gradually came round to this way of thinking, ending the ‘blackmailer’s charter’ at last.

When watching ‘Against the Law’, there were undoubted parallels evoked in relation to the police prioritising of this particular offence with the more recent and ongoing pursuit of ‘historical’ sex offenders. Just substitute ‘Pansy’ with ‘Paedo’. Jonathan King himself drew the same parallels when sentenced on charges of dubious authenticity in the first such high profile case of this nature fifteen or so years ago. Comparing his conviction to that of Oscar Wilde appeared a tad egocentric when the claim was made, though subsequent witch-hunts of old celebrities – and the persistent attempts to ‘get’ the ones that were cleared of charges by marching them back into court on new ones – seem to back-up King’s comparison. And, of course, we’re only aware of the famous names doing time for historical crimes.

The 1967 Sexual Offences Act didn’t change everything overnight, however. It may have enabled gay men of the Peter Wildeblood ilk to enter into happy, long-term relationships without having to conduct their affairs in the shadows, but the police continued to crack down on ‘cottaging’ well into the 1980s (especially via entrapment) and raids on gay bars, along with the lingering belief that youth remained susceptible to corruption, was memorably chronicled in Tom Robinson’s seminal protest song, ‘Glad to be Gay’ in the late 70s. As recent as the 90s, what would now be unimaginable language and anti-gay opinions were expressed in media circles, particularly the right-wing press; they must have viewed the onset of AIDS as a God-send to give credence to such beliefs.

Today we do indeed live in a very different kind of society to the one portrayed in ‘Against the Law’, but plenty of men are still imprisoned on charges of sexual offences that a politicised police force and an avaricious legal profession pursue with the same kind of crusading vindictiveness that gay men were once the target of. Indeed, with an estimated half of 2017’s court cases centred around sexual offences and the fastest growing age category in British prisons being the over-60s, there’s no reason to exhibit smugness at society’s supposedly more enlightened attitude towards what men do or don’t do with their willies.