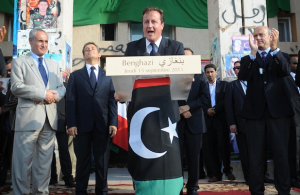 Five years have now passed since a 26-year-old Tunisian named Mohamed Bouazizi set himself on fire, a horrific act of protest that not only led to his death a month later but also inspired a nationwide revolt against the rule of Tunisia’s President that rapidly brought his 23 years in power to an end. What happened in Tunisia sparked something remarkable in the Middle East that spread with breathtaking speed in the opening weeks of 2011; the people of Algeria, Oman, Yemen, Morocco, Egypt, Libya and Syria all took their cue from events in Tunisia as hereditary regimes that had generally been established following military coups decades previously suddenly seemed less invincible than they ever had before. The western world, still smarting from its interventions in Iraq and Afghanistan, held its breath and cautiously pledged moral support to what was christened the Arab Spring, even though many of the unelected leaders threatened by the people had received the backing of the west for years, regarded as a necessary evil in the battle with al-Qaeda.

Although history has shown that most revolutions tend to rise from the people, there is often a figurehead around whom the people rally and effectively nominate as ruler-in-waiting once the regime against which they’re rebelling has been removed. However, what distinguished the Arab Spring from many previous revolutions on a similar scale was that there was no people’s hero waiting in the wings to replace the toppled dictator; there was no Libyan Castro to succeed Gaddafi’s Batista, just the euphoria of freedom from tyranny and no plan in place as to what came next. Following the collapse of the Soviet Union, it was only really the Balkans that underwent the turmoil that can come when a populace accustomed to being told what to do are suddenly left to their own devices; most of the nations on the eastern side of the Iron Curtain adapted to change relatively quickly because there was a Yeltsin or a Vaclav Havel ready to step into the vacuum.

In scenes reminiscent of what had happened in Romania twenty-five years earlier, the astonishing daily gatherings in Cairo’s Tahrir Square forced the resignation of Egyptian President Mubarak in February 2011 – though simultaneous demands for the end of long-running dictatorships in Syria and Libya didn’t lead to surrender. Libya’s uprising against Gaddafi was met with fierce resistance that quickly spilled over into civil war; by August of 2011, however, Tripoli fell to rebel forces backed by NATO and within a couple of months Gaddafi himself was cornered in his hometown of Sirte, where the same kind of bloody street justice once meted out to Mussolini by Libya’s former colonial overlords awaited the man who had controlled his country as an effective Absolute Monarch since 1969.

While Libya was coming to terms with the death of Gaddafi, Egypt was adapting to democracy, voting in a June 2012 election that eventually saw Muslim Brotherhood candidate Mohammed Morsi declared President; in Syria, however, President Assad clung onto power with the military support of Putin’s Russia by unleashing unprecedented savagery on his people as revolution morphed into civil war. The Syrian Army massacred 225 in the village of Tremseh in July and topped this the following year with a chemical attack on Ghouta, slaughtering over a thousand civilians. A month before, Egypt’s strides towards democracy were delivered a setback when their democratically-elected President of a year was deposed in a coup d’état and the military were back in charge. The Arab Winter had set in.

Due to the ferocity of the ongoing civil war, the connections to insurgency in Iraq and the ramifications of fleeing refugees, Syria has claimed the majority of middle eastern headlines over the past three or four years, whereas Libya has been rather overlooked since Cameron and Sarkozy played the part of triumphant victors for democracy in Benghazi. Gaddafi had successfully suppressed any form of Islamic militancy throughout his reign, but in his absence violent lawlessness arose when regional militias that had formed during the civil war showed a reluctance to relinquish control of their corners of the country after liberation, often joining forces with hardline Islamic militants from neighbouring Arab nations and engaging in battles with rival militias.

Former Gaddafi loyalists and members of his Army also grouped together, and ancient sectarian animosities re-emerged to present the newly-elected government in Tripoli with further security headaches. Following a second civil war, Libya was effectively left with two competing governments, a situation that continues to prevent any NATO intervention, despite the wishes of those attempting to prevent ISIS forces from spreading outwards from Sirte, which they captured exactly one year ago. At this moment in time, Libya is giving Syria a run for its money as the most f***ed-up nation on the planet, though there’s no shortage of competition in the Arab world.

Yemen was initially regarded as a success story of the Arab Spring before the fragile democracy collapsed into civil war and eventual military intervention by Saudi Arabia. The high number of civilian deaths as a result of airstrikes conducted by the Saudis from March 2015 onwards have been blamed by the UN for an imminent humanitarian crisis in the country along with the Saudi-led naval blockade of Yemeni ports, yet the campaign continues to receive the support of the US and UK, the former providing intelligence and the latter providing weaponry.

From supporting the autocratic rulers of the Middle East to supporting the revolutions to remove them to supporting the military coups to remove those who removed the autocratic rulers in the first place has been the pattern of the western position on the Arab Spring and its bloody fallout; giving power to the people may be admirable in theory but doesn’t always lead to a satisfactory outcome in practice. As things currently stand, the conflicts that can be traced back to events five years ago seem to share only one guaranteed outcome right now – the prospect of more lives being lost.