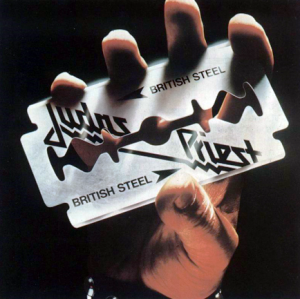 ‘Making Plans for Nigel’, the first top 20 hit for that most brilliantly quirky of British bands, XTC, tells the tale of parents mapping out their son’s future without much consultation with the son himself. ‘We only want what’s best for him,’ they say. ‘Nigel’s whole future is as good as sealed’ because ‘he has his future in British Steel.’ The wry, witty lyrics portray parents fixed in the belief that a job with a state-run industry – steel was first nationalised in 1949 and again in 1967 – is a job for life. Within months of the single’s release, steelworkers went on strike, presenting the Thatcher Government with its introduction to industrial unrest and presumably wrecking the plans of Nigel’s parents.

British towns that morphed into cities during the white heat of the Industrial Revolution bore the scars of their industries like an old boxer’s broken nose and cauliflower ears. Most were smelly, dirty and dark. Should anyone head north from the capital – or west to Wales – they would have embarked on an eye-opening journey into the black underbelly of the Empire’s engine, confronted by skies discoloured with the discharge of chimneys and cooling towers, the toxic fallout from industry that had put the city on the map and served as the supplier of employment for its population. It was the Faustian pact that population entered into, and however miserable their living conditions and however low their wages, a pride was imbued in the industry that their city was associated with as generations earned a living from it. The industry was a benevolent cushion that kept its beneficiaries from being thrown upon the mercy of the state.

The decline of Britain’s manufacturing industries in the decades following the end of the Second World War went hand-in-hand with the death of Empire and the country’s diminishing status on the global stage. In the space of a generation, Britain had to make its biggest adjustment to its place in the world since the advent of the era that had made it such a force to be reckoned with in the first place. Certainties that provided the nation with a great deal of its identity for more than a century, whether a map sporting huge swathes of pink landmasses or an industry that sprawling metropolises had grown around, were clung to with a sense of futile desperation as though the populace were scrambling for the boats jettisoned from a sinking ship.

The slow, painful extinction of Britain’s mining industry perhaps spawned the most extreme reaction from people who had known nothing else, and losing the battle left their communities decimated, smashing the framework of those communities without offering a tangible alternative; many remain struck in the shadows of that defeat to this very day.

The reasons for decline in British industry are myriad: Competition from nations whose economic fortunes improved in the aftermath of WWII as ours nosedived, the cheapness of imports over home-grown produce, lack of long-term investment, the materialistic, self-aggrandising greed of union leaders which was then followed by the often ruthless individual profiteering from privatisation at the expense of collective benefits, EU restrictions on government subsidies and bailouts, the increasing preference for service industries over manufacturing ones, the financial sector being awarded seemingly ‘special’ status – many of these aspects have played their part in the sorrowful situation that the British steel industry finds itself in today.

Unusually for a declining industry, demand for steel is high and supply is abundant – perhaps too abundant. China’s steel industry outgrew its own domestic demand and began to export its steel at knockdown prices that quickly rendered the native steel industries of the countries buying-in the cheaper Chinese version unprofitable. Despite the money that Tata, the Indian company that purchased what used to be called British Steel in 2007, has poured into the business, it continues to operate at a loss, making this week’s announcement that the industry is up for sale the kind of apocalyptic news that everyone who works in it has been dreading. As was the case with mining, the steel industry isn’t centred on just the one specific region of the UK, and the loss of jobs if the industry is allowed to go under has the potential to affect far more lives than if it were restricted to a solitary city or county.

There’s no doubt that cities which suffered the loss of their major industry have emerged from the wreckage as cleaner, healthier and less polluted places to live; but their spirit has been broken in the process, leaving youngsters without the guarantee of following in the footsteps of their forefathers little option but to up sticks and try their luck elsewhere, getting on their bikes and looking for work as someone once famously said. Consett, Corby, Ebbw Vale, Shotton and Motherwell all suffered high unemployment in the wake of their steel plants closing down; workers at the remaining plants in South Yorkshire, South Wales, Scunthorpe, Teesside and Scotland now bite their collective fingernails to see if the Government will intervene and prevent similar devastation laying waste to their own corner of the country.