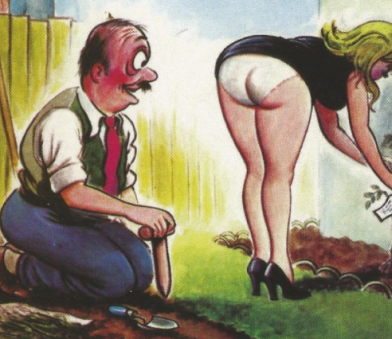 Well done, Matt Hancock. Credit where credit’s due; the Health Secretary has at least publicly apologised for breaking social distancing rules, even if he hasn’t done likewise for breaking his marriage vows. Considering his way of spurning social distancing was to snog and grab the arse of his ‘close aide’, I would’ve personally thought the ramifications for his marital status mattered more. Mind you, he’s a Tory Cabinet Minister and it’s fair to say that strange breed do have something of a history when it comes to this sort of thing. And, of course, he’s not any old Tory Cabinet Minster; he’s one of Boris Johnson’s Tory Cabinet Ministers, which means pretty much anything goes except your job. It was evident from the recently-released private messages between Dominic Cummings and the PM that Hancock had been nominated as the patsy for any failures associated with the Government’s pandemic policy; he will carry the can come the day of judgement, and the longer he stays in his post the likelihood of another f**k-up is fairly strong, so I guess the Health Secretary can sleep a little easier tonight – in the spare room, naturally.

Boris has apparently accepted Hancock’s apology, and whilst this could be viewed as akin to the kind of public backing under-fire football managers receive from their club chairman on the eve of being sacked, if the plan is for Hancock to shoulder the majority of the Covid blame then the PM is not likely to dismiss him just yet. Not that Boris himself has much of a moral leg to stand on considering his own extramarital track record, nor in his ‘flexible’ approach to social distancing as seen at the recent G7 summit in Cornwall. Photos of the gathered world leaders not exactly adhering to the ridiculous rules and regulations us plebs are still honour bound to observe in the name of ‘safety’ hammered home the difference between VIPs and me & thee, if it even needed to be hammered home. It’s not as if we didn’t already know it.

Hot on the heels of Michael Gove being spared post-foreign travel isolation, the bigwigs from UEFA and FIFA flown in to gorge on prawn cocktails in the Wembley executive boxes haven’t had to jump through any of the myriad hoops any ‘un-important person’ has to endure when arriving from abroad; but we’re told the Euros will be abruptly relocated to the land of the free that is mainland Europe if we don’t bend the rules for football’s international dignitaries – and they’re all renowned for their virtue and probity, anyway, so it’s not as if we shouldn’t receive them with the red carpet and accompanying grovelling. No, we don’t really need to see shots of mask-free FIFA gangsters quaffing champers as the England players deliver their latest lecture on how racist we all are to be reminded of our place in the scheme of things, I suppose.

Any Brit hoping to travel in the opposite direction to said dignitaries won’t be welcomed in quite the same way. In a move absolutely not remotely related to any ongoing punitive punishment by European leaders for Brexit, Frau Merkel and Monsieur Macron have demanded the EU impose quarantine restrictions on British visitors in order to prevent the potential spread of the Narnia Variant on the Continent. Brits can actually set foot on French soil at the moment free from self-isolation as long as they have the double vaccine passport on account of our place on France’s amber list, though Germany has quarantine restrictions for British tourists and wants the rest of Europe to fall in line. However, the likes of Greece and Spain – which have always been favoured destinations for Brits due to their ownership of the sun – are less likely to follow suit if they want to continue having a tourism industry. Either way, crossing the Channel this summer hardly seems worth the effort, so why not holiday at home, eh? Fine – if you can afford it.

Back when the worst night of the week for the television schedule always seemed to be Sunday – reflecting the unique boredom of the day of rest, I guess – one of the main offenders for me was the BBC’s long-running ‘Holiday’ programme. The period of the show I most remember is the one when comb-over king Cliff Michelmore presented and ‘Here Comes the Sun’ was used as the theme tune; indeed, it took a good few years before George Harrison’s joyous ditty finally shook off its drab Sunday teatime associations in my head as a consequence. The programme aired in the winter months for the same reason travel agent ads suddenly bombarded every ITV commercial break as soon as New Year’s Day was out of the way; the aim was to look ahead (and book ahead) to the summer, but reports on exotic climes the majority of viewers wouldn’t be able to afford somehow seemed to emphasise the chasm between sun-kissed beaches and chilly January Blightly even more. For most of my childhood, holidays equated with home soil, and every permutation from caravanning to camping and from Butlin’s to B&B’s was sampled for a week – or two, if it was a particularly lousy summer.

For obvious reasons, holidaying at home is one of the few remaining options open to those who don’t happen to be VIPs yet still feel entitled to a break again after a year off in 2020. It’s no great surprise, however, that an industry no different from many others in that it suffered financial meltdown during lockdown has capitalised on circumstances by raising its prices way beyond what holiday-makers would ordinarily expect. A week for a family of four at Center Parcs apparently costs more than a Caribbean vacation this year; a holiday let in Cornwall is up 30% on 2019, whilst Skegness has increased its prices by 40%; even the traditionally cheap choice of the caravan park will charge a family of four an average of around £1,800 for a week. Donna Brunton, a nurse from County Durham, had booked an all-in holiday for her family at a four-star beach hotel in Malta for the princely sum of £2,500 and was then forced to look closer to home as an alternative. ‘A holiday park in north Cornwall was quoting £3,699 for the four of us to stay seven nights, self-catering in what looks like an upmarket caravan,’ she said in a Guardian exposé on the economic realities of ‘Staycation’.

Ever since taking one’s child out of the classroom during term-time for a holiday became a crime, owners of cottages, campsites and hotels in coastal resorts have become accustomed to hiking prices during the school summer holidays; added to that routine this year is an additional increase making the most of the fact that fewer families will be leaving the country in July or August. Having said that, avoiding the obvious tourist spots is as useful a tip in the UK as it would be were overseas restrictions not in place. One can’t really blame the travel industry for exploiting the climate after a fairly fallow year (to put it mildly), and if people are not going to use their imaginations by flocking to the same old locations, it’s inevitable the prices are going to rise considerably – and it seems most of them are already fully booked-up for the school’s out season.

Whether or not father of three Matt Hancock will be enjoying a family holiday this year is not something the Health Secretary mentioned in his statement earlier today; I suspect that decision will be down to Mrs Hancock. But the fact he followed in the footsteps of the SAGE soothsayer Neil Ferguson in sacrificing social distancing for a spot of hanky-panky with a married woman at least shows he’s human. Someone needs to tell him we are too.