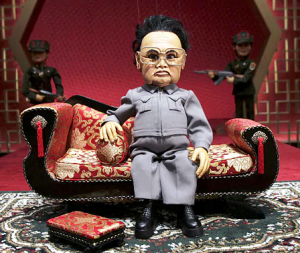 Although I wasn’t exactly an avid follower of the news as a ten-year-old, I do remember the murder of Bulgarian dissident Georgi Markov on a London street in 1978. I suppose it was the unusual nature of his death that caught my ear, stabbed in the leg via the poisoned tip of an umbrella by an alleged KGB agent; it sounded like something straight out of an episode of ‘The Avengers’. Markov was working for the BBC World Service at the time, broadcasting vociferous critiques of the Soviet satellite state that his country had become; assassinated by such strangely surreal means whilst waiting for a bus, Markov died four days later, his death attributed to the drug ricin.

Echoes of Markov’s murder resurfaced almost thirty years later when another ‘dissident’, Alexander Litvinenko, was also poisoned in London; this time round, the victim was himself a former member of the KGB and its successor the FSB, so he knew all the dirty tricks. That didn’t prevent him from sipping tea spiked with polonium-210 in one of the capital’s sushi restaurants when meeting up with two other ex-KGB officers, just a couple of weeks after Litvinenko had accused Vladimir Putin of ordering the assassination of Russian journalist and human rights activist Anna Politkovskaya.

The sinister spectre of both these infamously odd, seemingly state-sponsored killings has been revived in recent weeks following the murder of Kim Jong-nam, older half-brother of the North Korean dictator, Kim Jong-un, at Kuala Lumpur Airport on 13 February. Grainy CCTV footage of the incident in which a young woman approached the unfortunate 45-year-old exile from his country and appeared to splash liquid on his face emerged a few days later, though it is far-from conclusive evidence as to what actually happened. Nevertheless, arrests swiftly followed, and two women from Indonesia and Vietnam respectively are to be charged with the murder and could face Malaysia’s mandatory death sentence if found guilty.

Although Siti Aisyah and Doan Thi Huong have received the most publicity in the aftermath of the assassination, Malaysian authorities have indicated as many as 10 were involved in the plot, with South Korea claiming at least four of the suspects are spies working for their next-door neighbour. The defence of the two young women poised to be charged is that they thought they were part of a TV prank, paid around £70 to smear the face of a stranger with what they were told was baby oil. It may sound an especially ludicrous explanation, though this story is riddled with bizarre elements.

North Korea is in denial that the Macau-based victim was even their supreme ruler’s sibling, though the poison applied to his countenance – toxic nerve agent VX – is not the kind to be found on your average high-street chemist’s shelf; it is classified as a weapon of mass destruction by the UN and has been banned by the Chemical Weapons Convention since 1993; its particular rarity means the likelihood of it being in any hands other than that of a government is disputable.

VX is an apparently odourless lethal liquid that assaults the transmission of nerve impulses and Kim Jong-nam died in great pain within 15-20 minutes of the attack, despite informing airport security of what had happened to him immediately thereafter. It was an unimaginably unpleasant way to go, though the half-brother of Kim Jong-un has been on the North Korean hit-list for several years.

He was the first-born son of the late Kim Jong-il and had been earmarked as the former ruler’s successor until apprehended trying to enter Japan on a fake passport in 2001. Since then, he has established himself as a vocal critic of the country and of his younger half-brother’s regime. Considering the kind of regime Kim Jong-un oversees, it was perhaps inevitable that Kim Jong-nam’s life would end in tears.

Other high-profile fugitives from North Korea have gone to ground in the wake of the Kim Jong-nam murder, fearing for their own safety more than ever. So far, North Korea’s posturing has been manifested in its periodical nuclear testing, whereas this is a new and scary development for those who have managed to flee the most repressive nation on the planet. The two hapless girls who acted as Kim Jong-nam’s assassins would appear to be classic patsies, arriving in Malaysia with high hopes of fame and fortune before ending up working in massage parlours and as gentlemen’s escorts. Targeted to carry the can by whoever planned the operation, they are clearly not the masterminds behind the murder yet will still stand trial for it.

When it comes to assassinations of a thorn in a regime’s side, an unhinged individual can certainly strike when the mood takes them, but governments supported by a secret service network with a licence to kill are far more effective when it comes to liquidating their enemies. It doesn’t matter if it’s Obama taking the credit for ‘taking out’ Bin Laden or that nice Mr Cameron endorsing the murder of two British Jihadist suspects fighting on a foreign field, the end result is the same – as Tsar Vladimir and the crackpot running North Korea know only too well.