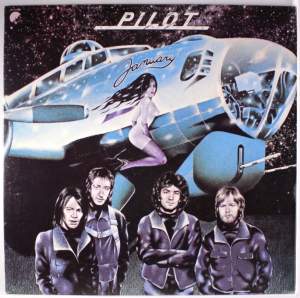 New Year’s Day on the beach whilst elsewhere the bush burns; that’s January 1 in Australia; a touring England cricket team thrash the hosts on their home ground beneath blazing sunshine; that’s January 1 in South Africa. It never sounds quite right, but that’s the consequence of living one’s life in Northern Europe. Although ice and snow have been thin on the British ground this time round, that’s not entirely unusual; the Dickensian White Christmas shoved down our throats by television and cinema only existed in Dickens’ childhood as he endured the final years of the Little Ice Age, an era that ended circa 1850. All the same, many of the hallmarks we associate with the opening of a year are in place.

The trees are naked, their bare branches akin to talons scratching the colourless, cloudless sky; breath is a visible emission that makes every outdoor conversation reminiscent of a Rick Wakeman gig at the Empire Pool; pigmentation is pale or pink, depending on the strength of the wind; a day never gets going, looking like evening in the morning; people drink more when confronted by a gloomy Scandinavian ambience (like the Scandinavians all year round), while the New Year’s Resolution is a fruitless exercise in combating seasonal depression. The enforced Yuletide jollity, when the law of the land specifies it’s legit to behave in a manner that would lead to arrest any other time of the year, has already faded and faces have reverted to blank canvasses of indifference to their fellow-man, no longer obliged to treat every stranger like an old chum.

The fortnight when businesses shut down and nobody can be reached on the phone mercifully comes to an end and normality is resumed after a few shaky days of hangover-nursing, weight-watching and acclimatisation. Surprisingly, New Year’s Day has only been a public holiday in this country since 1974 – though sparing us the sight of zombie-like employees stumbling about the workplace on January 1 wouldn’t necessarily have been cause for much celebration on that first day off, coming as it did when Ted Heath’s Three-Day Week officially began. Perhaps the holiday was merely instigated as a means of pacifying the public and preparing industry for the tough times ahead. Now that New Year’s Day is so fixed in the national psyche as one more twenty-four hour period in which only those involved in the January Sales make the effort to get out of bed, its relatively recent origins are understandably lost in the mists of time.

Mind you, the January Sales themselves no longer have the element of uniqueness they once possessed, not in an age of Sunday trading and the insidious introduction of the pre-Xmas consumerist hyperbole of Black Friday. A memorable ‘Coronation Street’ storyline in the 70s had luckless Hilda Ogden sleeping overnight outside a Weatherfield department store, determined to get her hands on a colour television set. Of course, Hilda being Hilda, by the time she woke up the next morning, the store had already opened and she was beaten to the ultimate symbol of contemporary acquisitiveness by another housewife desperate to keep up with the Jones’s. Besides, January 1 has been rendered unremarkable in the shopping calendar now that the Sales tend to begin proper on Boxing Day.

At one time, the minute Christmas Day was over, ITV was flooded with ads for holidays, as though being bombarded by images of sunny climes was the only way in which Brits could cope with the frosty imminence of January. Even if the avuncular thumbs up of Fred Pontin reminding those prepared to gamble on the unpredictable British summer that they had to ‘Book Early’ is the only one that sticks in the memory, the BBC also had its Sunday teatime ‘Holiday’ programme incongruously airing when whole weeks would pass by without sunlight. Presented by Cliff Michelmore, who always gave the impression he was far too lofty a broadcaster to sully his hands with such populist trash, the show never felt to me like a window on the summer – more like rubbing your nose in the fact that the season was still many long months away. It also formed part of that dreary BBC1 Sunday line-up along with ‘Songs of Praise’ and ‘That’s Life’, both of which seemed to serve as a proto-trigger warning that the weekend was over and it was school in the morning.

The first Saturday in January traditionally plays host to the 3rd Round of the FA Cup, when the big guns from the Premier League are drawn against lower-league ‘minnows’ and the kind of David & Goliath shocks so beloved of excitable match commentators are on the cards. Get ready to relive Ronnie Radford’s 1972 rocket for Hereford against Newcastle, not to mention Mickey Thomas’s similar thunderbolt for Wrexham against Arsenal in 1992 – perennial replays that the month would be bereft without, even if the quagmires upon which those moments of individual inspiration took place have been condemned to the same football graveyard as rattles and terracing.

‘Getting through’ January is almost viewed as a test of British grit; anybody who absolves themselves of the endurance is ostracised and regarded as a coward. As Prime Minister, Jim Callaghan made the fatal mistake of attending a summit of world leaders in the Caribbean as the rest of the country endured the 1978/79 Winter of Discontent and the electorate punished him for it the following May. The British like to feel their suffering is shared equally. But once January is over, we’re stuck with February, a nothing month with something of an identity crisis, neither one thing nor the other, not even good enough to stretch to 30 days; only in March, with the dawning of spring, does the veil lift and (to paraphrase George Harrison) the smiles return to the faces. That longing for sunshine does rob the year of at least two months, however; rather than grinning and bearing it, maybe we should make the most of it while it’s here. Yes, it’s cold, wet, dark and miserable-looking by the accepted standards of what constitutes natural beauty. But there is a beauty there; it just doesn’t conform to the narrow definition of the travel brochures. 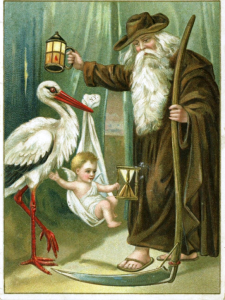 Western involvement in an unpopular foreign conflict; a refugee crisis; Russia flexing its military muscles; politicians exposed as self-aggrandising crooks; thousands of innocents slain in the name of a cause that had nothing to do with them; natural and unnatural disasters; the whole planet threatened by global catastrophe. Is this a brief summary of 2015 or any random year of the last seventy? Well, both. It is true there have been times since 1945 when wonderful events beyond the grim catalogue have served as a welcome distraction – say, when popular culture is experiencing a purple patch; but 2015 couldn’t offer such a distraction, alas. We had to make our own entertainment.

Brutal massacres that turned the streets of Paris red bookended 2015, but between them there was enough shedding of blood to put a medieval quack to shame. It would be all too easy to simply list the wars, airstrikes, terrorist attacks or trigger-happy American and Islamic lunatics that dominated this year’s headlines, but we’ve already had them on a loop courtesy of 24-hour news media, so there seems little point in revisiting man’s inhumanity to man yet again.

The fact is that calendar years aren’t self-contained entities; the previous calendar year bleeds into the start of the next one and the year that follows it inherits all the baggage of its predecessor. Events don’t adhere to a neat chronology imposed by the Romans or the Church of Rome, and that also applies to decades. One could argue a decade such as the 60s didn’t become what we retrospectively recall it being until around 1964/5, and a lot of the counter-cultural elements subsequently associated with it actually took place in the very early 70s. Despite what the Altamont historians would have you believe, the Age of Aquarius didn’t grind to a neat halt in December 1969.

Centuries are just as problematic if one tries to view them as a cohesive whole. Whenever the nineteenth century is mentioned, we think of Victoria and the Victorians; we think of prudishness and strait-laced moral values. Yet the century began with the Regency, with debauched, rakish Georgians and the Napoleonic Wars, closer in spirit to the eighteenth century than the archetypal, fog-shrouded nineteenth century of Jack the Ripper and Sherlock Holmes. And if the fifteen-year-old twenty-first century has so far failed to distinguish itself in terms of something to be proud of, history has taught us not to rush to judgement.

It is true there wasn’t much to celebrate in 2015. Isolated acts of kindness or generous giving in the name of charity were there as always, but avarice, narcissism and unredeemable nastiness were as well. All sides of human nature were therefore in evidence. One cannot really add anything to 2015 that wouldn’t have been equally applicable to 2014 or 2013. TV reviews of the last twelve months will compile the stories that hit the headlines and create the illusion that this year was somehow unique and distinctive; but it really wasn’t. Of course, once one passes, say, 40, years tend to blur into each other anyway, and speaking personally, this has been the case ever since the dates of years ceased being prefixed by ‘nineteen’. I can narrow down a memory, event or hit record to the particular month of a particular year from the last thirty of the twentieth century, but this century seems harder to get such a grip on. The tools used to identify the years 1970-99 don’t appear to be working anymore, but the framework that enabled them to work isn’t there now, so I suppose it’s no surprise.

When every public figure, whether nonentity celebrity claiming column inches or politician wheeling out the same old meaningless slogans and sound-bites, inspires either ambivalence or contempt then it’s hard to get excited. My intense dislike of the deeply devious and callous blue meanies the Great British public decided to let off the hook back in May is not appeased by an opposition led by a clueless career backbencher and his online army of tunnel-vision trolls, so that’s the next four and-a-half years sorted in one area. In the musical arena, I hear nothing new in anything new, so have yet to resume the regular purchasing of recently-released albums that was suspended around 2011; as a one-time avid cinemagoer, my trips to the local picture house have become twice-yearly occasions when confronted by merchandise trailers masquerading as movies; and although some home-grown TV series have at least learnt lessons from the best US and Scandi dramas of recent years, ‘The Bridge’ remained one of the few unmissable small-screen highlights. I told you we had to make our own entertainment.

I wouldn’t say 2015 and the demoralising circumstances that will be grouped under its banner is entirely to blame, but I know a lot of friends are trapped in the doldrums at the moment; though I’ve certainly been down in those depths this year, I’ve managed to claw my way out of late and I can see clearly now the rain has gone. If 2015 can in any way take credit for that, the phrase ‘good riddance’ won’t be lingering on my lips today – and that hasn’t happened for a long time.