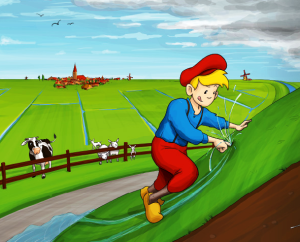 One of the unavoidable side-effects of re-watching ‘The Thick of It’ (as I currently am) is the reinforcement of one’s instinctive cynicism towards politicians and politics in general; as funny as the series undoubtedly is – arguably one of the funniest ever made – one cannot help but suspect satire in this case is merely a smokescreen to disguise the fact we’re actually watching a documentary. I was reminded of the cynicism it generates this week with the canny timing of the spat between the Dutch and the Turks, coming on the eve of the General Election in the Netherlands.

Initially, it appeared the whole saga was a disastrous diplomatic faux-pas guaranteed to boost the prospects of far-right nationalist candidate Geert Wilders, vindicating his opinions of Muslim immigrants in Holland; now, however, with the polls having closed, it would seem the real beneficiary is the incumbent Dutch PM Mark Rutte. By standing up to Turkish President Recep Tayyip Erdogan, Rutte earned praise from all sides across the Dutch political spectrum and received an electoral thumbs-up as a consequence. Coincidence?

Erdogan’s idiocy in this particular clash was perhaps something Mark Rutte knew would work in his favour; all he needed was a little winding-up. To label the citizens of a former Nazi-occupied country as ‘Nazis’ themselves was hardly going to go down well; yet this is from a man whose ruthless suppression of his opponents at home following last year’s suspiciously convenient coup attempt has tightened his dictatorial grip to the point whereby the Nazi comparisons are far more applicable to his own regime. He also stirred the shit even further by accusing Dutch troops of carrying out the notorious Srebrenica Massacre in 1995. Although Bosnian Serb forces were responsible for that atrocity, the presence of Dutch UN peacekeepers and their failure to prevent the massacre means the issue remains raw in the Netherlands.

Mark Rutte’s decision to prevent two Turkish Ministers from addressing pro-Erdogan rallies in Holland kick-started the current unpleasantness between the two countries, leading to riots in Rotterdam at the weekend that seemed to play directly into the hands of Geert Wilders, who referred to the rioters with characteristic linguistic eloquence as ‘scum’. That these events should take place in a city that was all-but obliterated by German forces during the brutal conquest of Holland in 1940 seemed to rub salt into the Dutch wounds reopened by Erdogan’s war of words.

The rallies were cancelled under the guise of being a threat to public order, but no doubt the Dutch PM had an inkling what the response from the more strident pro-Erdogan Turks in Holland would be; his swift and decisive action in curbing the Rotterdam riots certainly portrayed him as a strong leader in the eyes of the electorate, which naturally did him no end of favours days away from the country going to the polls. Is it too cynical to view the whole nasty business as a carefully-coordinated incident requiring the kind of leadership that was destined to guarantee an upsurge of votes if carried out correctly?

An estimated 400,000 Turks live in the Netherlands and the rallies in question were intended to show support for a scheduled Turkish referendum designed to extend Erdogan’s powers even further; but what struck me as unusual about events in Rotterdam was that most ex-pats from a country with a regime as repressive as that of Erdogan often contain various dissidents and opponents of it, as happened for years in Florida, with first anti-Batista Cubans and then anti-Castro ones.

Yet with the Turkish President intent on tampering with the defiantly secular constitution of the modern nation founded by Mustafa Kemal Ataturk in 1922, he has a large hardcore following of Muslim immigrants of a Radical bent in numerous European nations who are hardly going to oppose his plans to introduce a stricter Islamic form of governance in a country on the bridge between Europe and Asia. These have been the targets of Geert Wilders and his Freedom Party throughout the election campaign, but the opportunistic hitching of a ride on the ‘populist’ bandwagon by the man with the mad mane appears to have backfired re his Prime Ministerial ambitions.

The Dutch General Election was the first of a trio taking place in Central Europe this year, with Germany and France still to follow. With the rise of the Right on the continent receiving extensive coverage, it was seen as a tester of the post-Brexit climate; but Wilders’ failure to usurp the centre-right WD Party of a PM now looking forward to a third term at the helm – despite the Freedom Party becoming the second-biggest party in the Dutch Parliament – has been seen by some as putting the brakes on what Wilders himself has called ‘a patriotic spring’.

With the largest turnout in 30 years, it would appear fears of the far-right prompted voters to head for their local polling stations in unusually high numbers; Mark Rutte has indicated he will not work with Wilders’ party when it comes to forming the inevitable coalition government, but it’s doubtful Wilders will ‘do a Hillary Clinton’ in the wake of Rutte’s success; although he may spend his waking hours under virtual armed guard for his own safety, courting publicity is a speciality and he will most certainly remain a visible and contentious presence on the European political scene.

Had the spat with Turkey been a purely spontaneous outburst, it should have been precisely the kind of boost Geert Wilders was looking for to hammer home his message; that his centre-right rival benefitted from it does make one wonder just how accidental it was, let alone the timing of it. Then again, maybe I’ve been spending too much time in the company of Malcolm Tucker to judge events in the Netherlands with a sufficiently un-cynical eye. 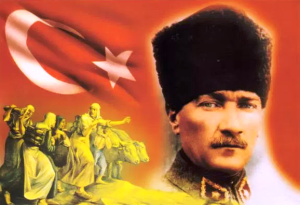 Back when the world was a bigger place than it is today, the annual ‘Blue Peter’ summer expedition served as an eye-opening introduction to far-off foreign destinations and indigenous cultures for a UK audience of children, many of whom (like me) had never ventured beyond the British Isles at the time. One particularly memorable moment came in 1975 when John Noakes stood in the middle of the Bosphorus Bridge and pointed to one end, declaring over there was Europe, before pointing to the other and declaring over there was Asia. Funny how these things have a habit of returning to the forefront of one’s thoughts at the most unexpected moments. When news broke of an attempted military coup in Turkey a couple of days ago, the very same bridge was back in the headlines, closed to traffic due to the emergency.

The ‘Blue Peter’ trip to Turkey – just a year after the country had invaded Cyprus – was sandwiched between two other military coups, taking place in 1971 and 1980, though there had already been another (back in 1960) long before John, Pete and Lesley flew to Istanbul. That 2016 should witness a fourth is not really a great surprise. The Turkish Army takes its role seriously as an upholder of the Turkish Republic’s secular constitution, as established by Mustafa Kemal Ataturk in 1922; and a country that acts as the gateway from one continent to another has always had powder-keg potential whenever relations between Europe and Asia are fraught, especially where interpretations of faith are concerned. Threats to Turkey’s avowed intention to not be governed by religious doctrine, along with the increasing censorship of the polarising Islamist President Erdogan, appear to have sparked this latest military uprising which, unlike those of 1960, 1971 and 1980, has failed.

Erdogan has been a divisive and dictatorial figure ever since his election as President in 2014, following eleven years as the country’s Prime Minister. His Islamist political stance was evident early on, even resulting in a prison sentence for inciting religious intolerance in 1998. His two years in office as Turkey’s President have been marked by a clampdown on freedom of speech and regular accusations of human rights violations, both of which have continued to stall Turkey’s ongoing attempts to join the European Union and both of which are too close to hardline Islamic states for comfort. His conservative Islamist leanings have also been seen by some as placing Turkey’s proud tradition of secularism in peril.

It was notable that the rebel forces within the Turkish military that spearheaded this aborted coup saw capturing television stations as a top priority, for Erdogan’s attempts to control state broadcasting appear to have been based on the Putin model. Unlike the Soviet Union, the Ottoman Empire is no longer within living memory, and the independent republic that rose from the ashes of the old Ottoman possessions carved up by the allied European powers at the end of the First World War was a deliberate break with the old Islamic imperial past. However, just as the pop culture of the defunct GDR has something of a nostalgic cult following in East Germany, the legends of Ottoman conquest exercise a sentimental grip on many of those who subscribe to Islamic Fundamentalism; and President Erdogan often seems possessed by the spirits of the deceased sultans.

Anyone ascending to the pinnacle of political power in Turkey is conscious that the military’s loyalty is not so much to the nation’s leader, but to the founding spirit of the nation; and Erdogan has used canny means to neutralise any potential challenge from the military to his authority, rounding up hundreds of army officers in two separate high-profile court cases based on spurious rumours of coup-plotting. The removal of those whose loyalty to him wasn’t guaranteed enabled him to promote those whose was. Along with military personnel sentenced to lengthy prison sentences were numerous journalists and opposition politicians hostile to Erdogan’s rule. Even before he became President in 2014, Erdogan’s lengthy spell as Prime Minister served as a warm-up to his tyrannical presidency, with public protests ruthlessly crushed and controversial judicial reforms laying the ground for the virtual Absolute Monarchy he appears to be creating for himself. ‘Insulting the President’ has now become an offence of a nature that would be more familiar in Iran, bracketed as an effective terrorist act.

The manner in which Erdogan has imposed his law upon Turkey and the way he is viewed by his opponents as threatening the country’s cherished secular foundations was bound to provoke military response sooner rather than later, yet the failed coup d’état of last week, which has so far claimed over 250 lives, has been suspected by some as a stunt instigated by the President himself. In many respects, it gives him the remit to suppress all dissent that he has been waiting for. His immediate response to the coup – arresting almost 3,000 soldiers and over 200 politicians as well as firing over 2,000 judges – has been swift; some foreign observers have made the point that the President’s hand is now stronger than ever; he has carte-blanche to enforce his authority in what the New York Times has labelled a counter-coup.

‘He is a weak ruler who needs religion to uphold his government; it is as if he would catch his people in a trap.’ So spoke modern Turkey’s venerated founder, Mustafa Kemal Ataturk. The country’s unique geographical position has always placed it on the frontline of any East-West tensions, yet as a secularist state it has managed to act as a successful bridge between two regularly clashing cultures. How much longer it can continue to do so with a man like Recep Tayyip Erdogan at the helm remains to be seen; but the signs aren’t great.