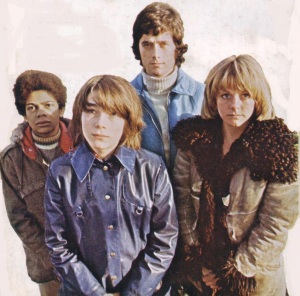 An annual publication accompanied by an advertising fanfare, the IBA’s ‘Television and Radio’ soft-back book was an intriguing peek behind the scenes of the country’s (then) sole commercial broadcaster, serving as a comprehensive guide to the ITV and ILR network and priced (as my 1977 edition is, anyway) at the princely sum of £1.40. Leafing through it today is akin to perusing a medieval manuscript, a document of a vanished world. Chapters such as ‘The Arts on ITV’ profile upwards of a dozen different shows, as does the one on current affairs; both categories could probably be covered in a couple of lines in 2016, let alone ‘The Single Play’ and ‘Religious Television’; and according to the 1977 edition, ITV produced 750 new schools programmes per year. A vanished world indeed.

It is the field of children’s programmes that highlights some of the most notable changes over the last forty years; the chapter focuses on the children’s output of Thames, which at the time supplied ITV with 142½ hours of networked children’s programmes a year. These included fondly-remembered lunchtime mainstays like ‘Rainbow’ and ‘Paperplay’, teatime institutions such as ‘Magpie’ and ‘Michael Bentine’s Potty Time’, and series aimed at a young teenage audience that nevertheless appealed to all age groups, like ‘The Tomorrow People’.

With a premise allegedly inspired by its creator Roger Price having a canteen conversation with David Bowie, ‘The Tomorrow People’ dealt with the homo-superior, mankind’s next stage of evolution. The series featured a small group of telepathic teenagers capable of ESP and teleporting themselves short and long distances in an instant (a process they called ‘jaunting’); the section of the programme’s audience enduring puberty saw their own unpleasant bodily changes mirrored in a far more exciting manner, as puberty for the telepaths consisted of ‘breaking out’, a transition when their special abilities appeared with the same traumatic force as acne, periods and pubic hair. These kids were also free from parental control (and what kid doesn’t desire that?), spending most of their time in an underground lab with a ‘biotronic’ computer called TIM, whose available knowledge made him a pre-internet source of info at their fingertips.

Debuting in April 1973, ‘The Tomorrow People’ was an instant hit for Thames, and its sci-fi themes suggested ITV may well have a rival to ‘Doctor Who’ on its hands. The memorably striking opening titles and eerie theme tune (composed by ‘Who’ regular Dudley Simpson) certainly suggested so. However, whereas the Beeb’s Time Lord was produced by its adult drama department and could boast a budget capable of utilising the best special effects technology could then buy, ‘The Tomorrow People’ was a product of one ITV company’s children’s department and only had so much to spare. When it attempted to be over-ambitious, the limitations showed; but when it kept the action on earth and on location, the stories were often as engaging as those starring the man from Gallifrey.

Children’s television in the 70s could actually be (sorry to use a contemporary TV buzzword) quite ‘diverse’ in comparison to its parent; along with Derek Griffiths on ‘Play School’/‘Play Away’ and Johnny on ‘Pipkins’, ‘The Tomorrow People’ boasted one of the few black faces in a leading role on a British TV programme at the time – Elizabeth Adare, who starred from 1974 to the series’ ending in 1979. As well as two black members, the telepathic team included a gypsy boy and a Chinese girl, almost echoing the aims of ‘Star Trek’ in presenting a future human race unencumbered by racial prejudice. Though there were lamentable lapses into silliness – future Doctor Who Peter Davison in a hot pants-and-Harpo Marx wig ensemble in the toe-curling ‘comedy’ story, ‘A Man for Emily’ – the series at its best could give children’s TV the kind of imaginative, intelligent and exciting drama it would be inconceivable to expect today.

One story from 1977 features a telepathic teenage Russian girl whose powers are being used by the KGB. An adventure that includes hints at both prostitution and drug addiction ends in a quite shocking manner by 2016’s more squeamish standards when it is revealed the KGB have planted an explosive device inside the girl that they can detonate should she seek to defect. Aware she’s poised to be an unwilling suicide bomber, she escapes the well-meaning Tomorrow Person Mike (played by Flintlock drummer Mike Holoway, pop-pickers) to leap through a plate-glass window; viewers see her burst into flames as she plummets to the ground. And this was aired at 4.50 in the afternoon.

By the time the high cost of producing it brought ‘The Tomorrow People’ to an end in 1979, the age of ‘Star Wars’ special effects had exposed the programme’s increasing budgetary restraints even further. Children’s ITV entered the 80s looking to emulate the realism of the BBC’s ‘Grange Hill’; eventually, the likes of ‘Press Gang’, ‘Children’s Ward’ and ‘Dramarama’ were able to compete on the same level as Phil Redmond’s school soap and its early 90s North East rival ‘Byker Grove’. However, by the turn of the Millennium, changes were afoot that would inevitably render the late twentieth century a Golden Age for children’s television.

The closure of ITV’s in-house children’s production unit in 2006, following years of under-investment that had seen budgets periodically slashed, was followed a few months later by the disappearance of children’s afternoon broadcasting on the premier ITV channel. What remained of ITV’s children’s programming was transferred to the newly-launched CITV channel, though a good deal of its output was bought in from the likes of Disney, Nickelodeon and Cartoon Network. The majority of commissioned shows were either new cartoon series such as ‘Horrid Henry’ and ‘Mr Bean’ or the continuation of veterans such as Sooty and Sweep. CITV was an instant success, quickly becoming the most popular commercial children’s channel, which appeared to vindicate ITV’s decision to place its kids’ output in one basket, even if the scope of that output had considerably narrowed.

CITV pitched itself against the CBBC channel, which had been launched in 2002. CBBC gradually succeeded in attracting a larger proportion of younger viewers than were watching the traditional afternoon children’s schedule on BBC1 as the 2000s progressed, especially when the end of the slot was brought forward to 5.15 to accommodate the switching of ‘The Weakest Link’ from BBC2 to BBC1 in 2008. This prompted the controversial shift of all BBC children’s programming to CBBC in 2012, marking the true end of a broadcasting era. Any old viewer curious as to how ‘Blue Peter’ shapes up in 2016 would switch on BBC1 and be confronted by an inane quiz show, the title of which is one of the most apt in TV history.

CBBC’s output, as with CITV, is primarily aimed at young children, though pre-school programmes, which ITV once excelled at, were axed from the channel last year. Equally, there are few provisions for an audience of older children and early teens. ‘The Changes’, ‘Children of the Stones’, ‘The Owl Service’ and ‘The Tomorrow People’ were products of an age we won’t see on-screen again, and neither will our children or grandchildren. We didn’t know we were born.