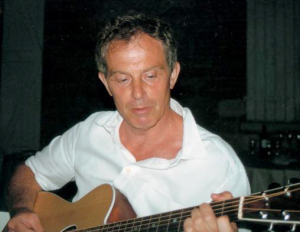 Street Cred – don’t do it! It’s Gordon Brown referencing ‘Eastenders’ in a speech and adding the prefix ‘The’; it’s William Hague attending the Notting Hill Carnival in a baseball cap; it’s Tony Blair carrying a guitar; it’s Nick Clegg boasting of his sexual conquests to a lads mag; it’s David Cameron claiming he supports Aston Villa and then confusing them with West Ham because they play in the same colours (Admittedly, I do that fairly regularly with Leeds Utd and Real Madrid). Step back in time and it can also be Jeremy Thorpe jamming with Jimi Hendrix, as well as Harold Wilson hobnobbing with The Beatles. Attempting to shed a little Westminster formality and prove politicians don’t have to be stuffy old farts out of touch with trends is bad enough; but when it extends to a charm offensive aimed at ‘The Kids’ by appropriating their lingo and encroaching upon their cultural touchstones, there are few things in life more guaranteed to curl the toes.

There’s a TV commercial for the Daily Mirror from the early 60s in which a group of teenagers have their enjoyment interrupted by a pompous father figure denouncing their noisy presence, to which an off-camera announcer responds by informing him the kids are entitled to their fun and he’s the one who’s in the way. What’s amusing about this ad is that the teenagers seem less authentic than the old fart, resembling the kind of clean-cut Pepsi-sipping stage-school adolescents ready to put on a show at a moment’s notice that populate the Cliff Richard films of the period – safe, sanitised and utterly unthreatening to a concerned middle-aged audience imagining everyone under-21 is a flick-knife wielding Teddy Boy. It’s not hard to imagine the commercial being dreamt up by the same demographic it’s intended to soothe the fears of.

The two key comedy series of the early 80s, ‘Not the Nine O’Clock News’ and ‘The Young Ones’, both parodied the cringing attempts of the over-30s to present their vision of contemporary yoof in a television setting. The former featured a spoof TV show for teens called ‘Hey! Wow!’ Presented by Griff Rhys-Jones as a laidback, shoulder-shrugging casual character slightly older than the adolescents surrounding him on set, the programme promises music from Lufthansa Terminal and mime from Alternative Car Park, and tries to begin with a debate on the current yoof issue of unemployment; but the host soon drops the trendy teacher act and rapidly reverts to a more authoritarian classroom tyrant. ‘The Young Ones’ eavesdropped upon a similar show called ‘Nozin’ Aroun’, presented by Ben Elton as a leather jacket-wearing member of the target age group, albeit one not quite as ‘street’ as he makes out – a bit like Elton turned out to be himself, actually.

Although understandably rooted in time in place – that time and place being the post-punk era of ‘Something Else’, ‘The Oxford Road Show’ and ‘The Tube’ – both parodies nail it. The moment a sea-change in pop culture is appropriated by adults as a means of speaking the Kids’ language, the moment has gone. This was especially prevalent in the 70s and into the 80s when virtually every year saw a Next Big Thing emerge, though it has considerably slowed down in recent years, leaving the mums and dads free to cherry-pick from slang and symbols that have been common currency amongst teens for the best part of twenty-five years – indeed, stretching all the way back to when they themselves constituted the teenage tribe (which probably makes things even worse for their kids).

The use of the phrase ‘Raving’ in the unbelievably bad Remain campaign ad for the EU Referendum (intended to persuade Young People to register as voters) suggests the word retains the relevance it had when first emerging at the end of the 80s, thus making it easier for those who produced the ad to stitch together the vocabulary of their children in cut & paste Burroughs fashion without much in the way of research – and it shows. The decision to drop the letter G from each word that flashes up on-screen (and dispensing with apostrophes in the process) is a ham-fisted concession to Estuary English of the kind George Osborne uses when donning a hard-hat and luminous jacket during his state visits to workplaces packed with common people who know the price of a pint of milk.

I would rather David Cameron strolled out of No.10 in his Bullingdon uniform, perhaps embellished with a top hat and a monocle, than painfully pose as something everyone knows he’s not. Equally, I’d prefer it if an ad which should be making a valid point didn’t wrap itself in a sequence of clichéd images and phrases the wankers that produced it have figured will best communicate that point to the under-30s. But then, if it hadn’t been as excruciating as it is, I couldn’t have responded with this…